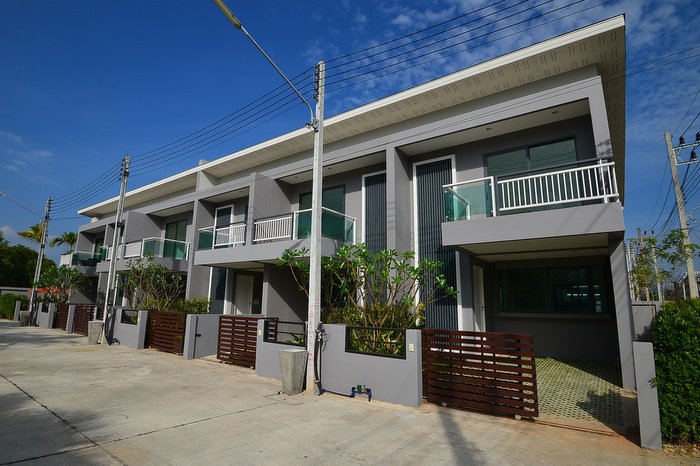 PHUKET: Following the completion of phase one of 59 European-style tropical townhomes in Thalang under the banner “Baan Tak r Kard”, local developer Living Vis has launched the second phase of its residential development under the brand “r homes”, in a bid to attract more expat buyers.

“More than 80 per cent of the two- and three-bedroom homes in phase one are now occupied by expats and families of mixed nationalities, who are attracted to the affordability of high-quality homes, which has given the community a distinctly international feel,” said Living Vis director Sunchai Neungsit.

Overwhelming interest from foreign buyers prompted Living Vis to launch sales of phase two under the banner r homes, in line with the international appeal of the project, he explained.

Located a little bit more than four kilometers from Layan Beach, r homes was initially launched as a
holiday-home investment for local buyers.

However, the pre-built homes – with features such as Kholer bathrooms, Fletcher Aluminium doors and windows incorporated into eco- designs that allow for natural ventilation, as well as other cost-saving features – have been a hit among foreigners, especially the reasonable prices.

Emotion One living space covers a total area of 108sqm, plus an 18.4sqm driveway and a 12sqm garden.

Construction of phase two of r homes is expected to be completed by the end of 2015 with the addition of a clubhouse and swimming pool exclusively for residents.

Phuket Pads: A hint of Europe in the South