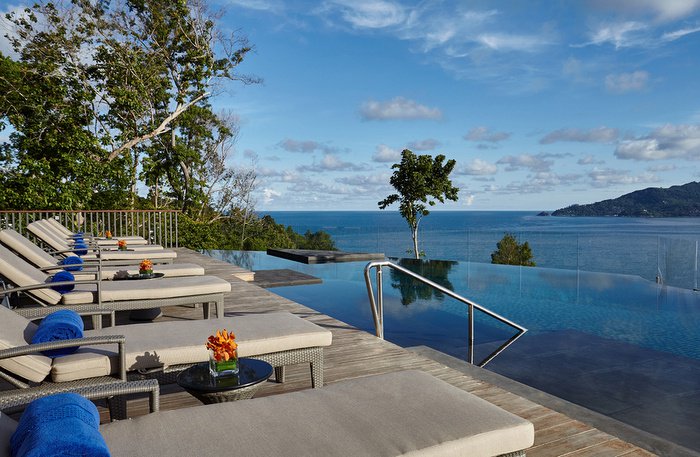 PHUKET: Taking home the ‘Best Beach Resort in Asia-Pacific’ at the 26th annual Travel Trade Gazette (TTG) Awards 2015 in Bangkok was a clear sign to Pierre-Andre Pelletier, Onyx vice-president and south Thailand general manager, that the Amari Phuket was on the right path as it goes toe-to-toe with other high-end developments on the island.

“This is an amazing recognition from the travel industry for the Amari Phuket and ONYX Hospitality Group. It means that our renovations and recent Ocean Wing extension are well received and that we are doing the right thing,” said Mr Pelletier this week. “Today, our resort features 380 rooms or units and has 412 rooms in total. The new Ocean Wing and its clubhouse have received superb exposure and was immediately rewarded by extraordinary feedback and online reviews from our guests.”

It is the Amari’s unique location at the far southern end of Phuket’s well-known Patong Beach that contributed to it winning this particular award, explained Mr Pelletier.

“Amari Phuket is located at the tip of one of the most famous beaches in Thailand. It also has the best location in Patong, which combines the best of accessibility and seclusion,” he said.

“For us, there is really only one way to stay on top of our market. It is by consistently providing excellent, quality hospitality to all of our guests and ensuring that every guest is satisfied when staying with us,” he said.

Overall, there was a downward performance record for resorts during the first half of this year, particularly in the high-end segment that the Amari Phuket finds itself in. However, Mr Pelletier explained that it has been out-performing its competitors, enjoying greater occupancy and average room rates.

Nonetheless, the Amari Phuket and other classic high-end Phuket resorts have had to continue to develop as they cater to emerging markets and older markets begin to dry up.

“Amari Phuket has developed preferred partnerships with key operators from leading source markets such as Australia, the United Kingdom and China. The India market keeps developing, and demand from neighboring Singapore, Malaysia and Hong Kong have been steadily growing, particularly for short stays of around three nights on average,” Mr Pelletier explains. “We are also seeing growth in the South Africa and Middle East markets as the appeal of Phuket as a holiday destination widens.”

Following 30 years of success, the Amari Phuket will continue to thrive as Phuket itself grows as a tourism destination, Mr Pelletier stated.

Arrival numbers continue to grow year on year, with leading airlines increasing the frequency of direct flights to the province. Additionally, local authorities are making attempts at developing the island’s infrastructure, most notably a light-rail system and a number of underpasses that are hoped to eventually relieve traffic congestion on the island.

“Overall the outlook for Phuket is good,” Mr Pelletier says.

Across the Land: Going big while away from home