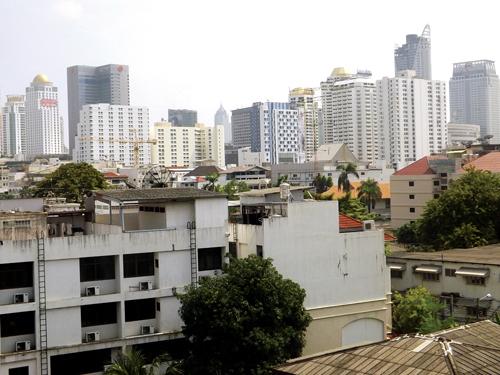 PHUKET: Recent speculation that Thailand’s real estate market is on the verge of collapsing, is far from the current reality, the head of a major real estate services firm has insisted.

Dr Sopon said that such reports, which have been circulating in the media over the last few weeks, may wrongly influence and affect decisions of potential home buyers, investors, developers, financial institutions and even policy makers in the government.

He insisted that not only are such reports invalidated, but on the contrary, he said that the Kingdom’s real estate outlook is quite good. He went on to outline the following three points:

• In the Bangkok real estate market, the total number of accommodation units (including condominiums, town-homes and other common house formats) sold last year was 107,412, which was more than the amount of brand new units sold (102,080). Dr Sopon added that there are currently 128,934 units still on the market in the capital and that such units should be off the market within 12 months.

• Likewise, of the above number, 65,215 of the total units sold were condominium units, 62,548 of which were brand new. Dr Sopon said that there are still 40,853 condo units on the market, which should be sold within seven months.

•As reported in the Phuket Gazette property section recently, Thailand’s up-country condominium market has also seen strong sales. In Phuket, there are currently 15,500 units in total, of which only 25% are still on the market and are expected to be sold within only 2.3 months. Likewise, a quarter of Pattaya’s 122,500 condos, as well as Hua Hin’s / Cha-am’s 17,600 condos are still on the market, but are expected to be off of it within a little over five months and 2.7 months, respectively. About 29% of Chiang Mai’s 10,700 condos are for sale, with an expected ‘sale-by’ window of 1.5 months, and of Khon Kaen’s 5,500 units, 22% have yet to be sold, but should be sold in less than a month.

Dr Sopon added that AREA has spoken with about 100 real estate agencies and consultancies from throughout the ASEAN region, and that the general perception of the real estate market is optimistic ahead of the 2015 ASEAN Economic Community (AEC).

And while he was adamant that buyers, speculators and investors need not worry about a bubble, he warned that banks and other financial institutions should be careful about issuing loans in the amount equal to, nearly equal to, or more than the value of the property, explaining that such ‘easy financing’ policies could make banks vulnerable.

Dr Sopon also echoed his previous suggestions, for the government to draft and enforce mandatory regulations on developers accepting down payments for unbuilt property.

Thailand’s Escrow Act of 2551 (2008 CE) doesn’t require a contract be drafted specifically about the down payment.

Dr Sopon argued that since it is up to the parties whether they wanted to be bound by contract, most developers didn’t offer such a contract, and instead used their reputation or track record in lieu of such a guarantee.

“Down payment protection guarantees should be mandatory and not left up to the will of developers,” he said.

Operating since 1994, AREA is one of the Kingdom’s first real estate services and information firms to research, survey and index property data to such a comprehensive degree.