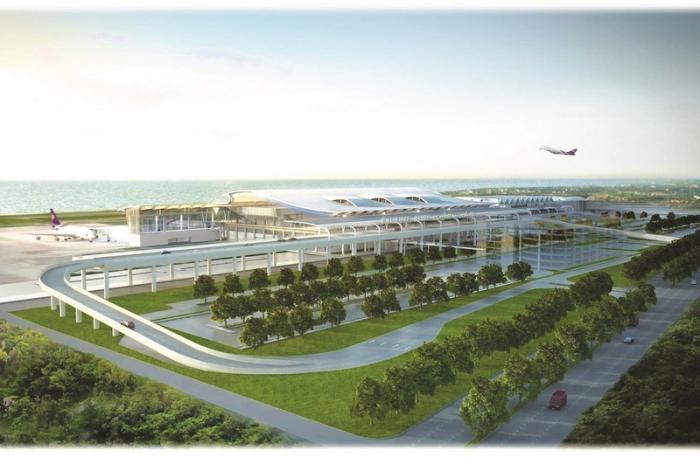 PHUKET: Completion of construction work on the new international terminal at Phuket Airport has been pushed back to September, admits Airports of Thailand Plc President Nitinai Sirismatthakarn in an exclusive interview with the Phuket Gazette last week.

Mr Nitinai was in Phuket to ‘assess progress’ with the new terminal but could not give a fixed date for the opening.

“We hope to open the new terminal by the end of September at the latest, at least in time for the National Day of the People’s Republic of China on October 1,” said Mr Nitinai.

Mr Nitinai said the delay was due to the need to test all the new systems for at least two months ahead of opening the terminal to ensure that all were working perfectly.

“There are nine computer systems in total that need to be fully operational by the time the terminal opens, such as baggage handling, announcement systems and security systems. Seven of those systems are in place but we are waiting to finalize concessions on two of the less critical ones,” he said.

The biggest challenge will actually be phase three of the expansion, which is the renovation of the existing terminal to become a fully operational domestic terminal.

While the new international terminal will increase the airport’s capacity to handle 12.5 million passengers a year, the president admitted that the airport is already dealing with close to that number and it won’t be until completion of phase three that the airport will be ready to handle more.

“Once phase three is complete and the domestic terminal is fully operational, the airport will be able to handle up to 18 million passengers a year.”

Renovation of the domestic terminal is scheduled to take 330 days exactly.

Any further expansion of the domestic terminal building will not be possible due to the limitations of the land on which Phuket Airport is built. The only options remaining for further airport development would be extension into the sea or removal of the surrounding hills, he said.

Asked how the airport will ever solve the now decades-old problem of passengers being ripped off by Phuket’s notorious taxi drivers, Mr Nitinai said a similar approach to that now in place at Bangkok’s Suvarnabhumi Airport could be used. There, security staff stop taxis that have picked up passengers but still have their red light on, indicating that they have not turned on the meter.

“The mass transit system planned for Phuket [with no completion date as yet] will stop outside the airport so that will be a good alternative to taxis,” he said.

Across the land: Dealing with water scarcity

By The Book: Effective ways to sell your property