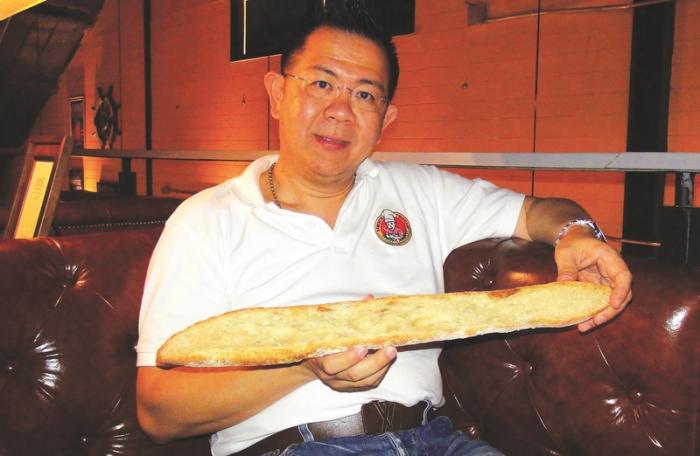 PHUKET: An engineer by trade, Singhathep Thepkanjana only spent six months working full-time in the field he studied for seven years, leaving university with a bachelor’s from Chulalongkorn University and a master’s degree in engineering management in Washington DC.

Since then, this Bangkokian has pursued the perfect loaf – an endeavor that has taken him across continents. “I can count on one hand the times in my life I have had good bread in Thailand. It’s so difficult to find good bread here,” said Mr Singhathep.

He eventually discovered the Holy Grail of the bread makers in Zurich, Switzerland – a place he has been to many times since discovering the ‘best bread in the world’.

“When expats eat at Zurich Bread, our goal is for them to experience the familiar tastes and aromas of home. Just as Thais eat rice every day, and then miss it terribly when staying away for a while, Europeans have the same urges for bread,” he explains.

On his first visit to Phuket about eight years ago, he established a reputable food and beverage outlet at Phuket International Airport, selling quality coffee and sandwiches. As a consultant to the Ministry of Transport and AOT, Mr Singhathep was involved in the early planning stages of Bangkok’s Suvarnabhumi Airport. He oversaw planning for all commercial aspects of the airport’s operations, such as retail concessions, catering and ground services.

Phuket is a premium destination so there is an expectation for premium products, yet the choice of breads available is still limited, even in five or six-star hotels.

The yellow wooden facade of the Bread Factory & Cafe with the Zurich Bread insignia of a boy holding loaves of bread makes the eatery on Vichit Songkram Road, leading up Patong Hill from Kathu, stand out.

Pull in to the car park at the rear of the building and the irresistible aroma of fresh bakes in the making draws you to the front door. Covering about 500sqm, the building was designed by Design 103 Limited, the same firm responsible for the wave-like contours of the new international terminal at Phuket Airport. Inside, on the ground floor, customers exchange pleasantries over bakes from all over the world. You can also watch the team of bread makers at work in the spacious factory.

“Transparency is reassuring when you see how the product you consume is made,” said Mr Singhathep. The factory, though, is where he has invested most heavily, making Zurich Bread one of the largest artisan bread and bakery factories in the south of Thailand. The entire set up cost about 20 million baht and the baking is overseen by technical chefs from Switzerland and France, working with a team of about 40 staff.

“I wanted my customers to enjoy good, wholesome food, so Zurich Bread became the very first bread factory in the country to make most of its bread from unbleached flour,” explained Mr Singhathep.

Obtaining the flour and making loaves from it requires special ingredients and baking techniques. Mr Singhathep uses a local source for the flour, which is specially ordered and blended with a starter liquid and a secret technique known only to the supplier.

In Zurich, bread is a premium product, made by special preparation methods to ensure pockets of air in the loaf. Cut through the crispy crust of a Zurich Bread baguette and you will find those pockets of air, a signature trait of the best breads in the world.

Zurich Bread is expanding operations to deliver its premium breads to high-end hotels and other outlets with its proprietary frozen dough. Distributing frozen dough is the only way they can expand, while maintaining the high standards for which Zurich Bread has become renowned.

The next Zurich Bread outlet in the pipeline is in Luang Prabang, Laos, which is set to open by the end of the year. Committed to being the best bread maker in Thailand, Mr Singhathep said the most challenging part was finding people with a passion for bread making.

“You can buy equipment, but you can’t buy talent. Bread making is a science and an art, and it takes a special kind of talent to bring those two elements together.”

Finance: Take financial opinions with a pinch of salt