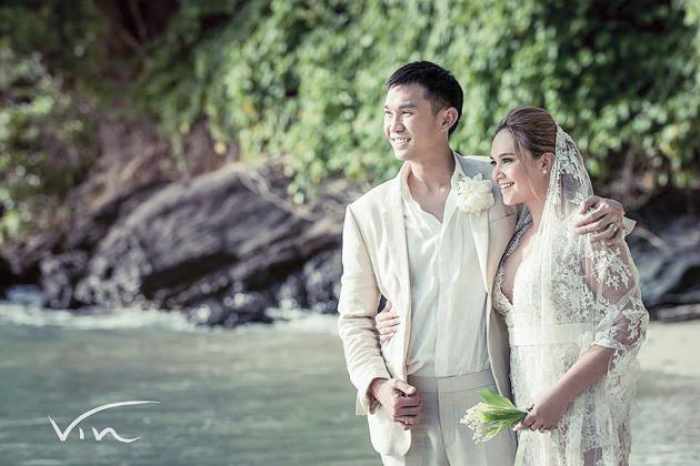 Businessman Chatadul reportedly proposed to her on May 25, and when the star’s entourage was spotted on board a flight to Phuket, it became clear the couple were planning a private ceremony.

The newlyweds have yet to release an official statement, though Tata’s manager said the couple would hold a press conference at Bangkok’s Oriental Residence on Wireless Road tomorrow.

The 34-year-old star has been dating Chatadul on and off since they first met more than 15 years ago, and their latest hook-up became a sensation after Tata mentioned their relationship on a TV talk show.

“My ultimate dream is to become a mother. Motherhood is a miracle,” she said on the show.

In 2008, the singer was briefly engaged to Prem Busarakamwong, the heir of Fairtex Boxing Gym, but they separated after dating for four years.

Tata broke into the Thai pop-music scene at the age of 14 and quickly became a national superstar. Her self-titled debut album came out in 1995 and broke records by selling a million copies in five months. After five studio albums with GMM Grammy, Tata signed on with Sony Music and entered the international music scene with I Believe, followed by Temperature Rising in 2006 and Ready for Love in 2009.

Chatadul, who is a few years older, holds a Master of Business Administration degree from the University of Liverpool and is the co-owner of Iguana Beach Bar in Phuket.

Japanese brunch a reminder of why we love Phuket