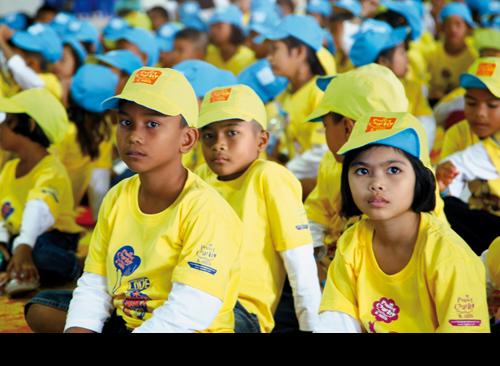 PHUKET: Members of the fund raising committee for the Phuket Family and Gourmet Festival by Jagota met recently to allocate the second and final round of funding raised during the inaugural event held in February this year. The festival was a resounding success and raised one million baht to support various orphanages and children focused charities in the Greater Phuket region.

In the first round of funding, 500,000 baht of the money raised was divided equally between ten local charities. The second round of funding distributed the remaining 500,000 baht on a needs basis with several of the charities receiving funding for items such as playground equipment, uniforms, educational material and constructing and equipping a first aid room.

The committee members also used the meeting to begin planning for the 2014 Phuket Family and Gourmet Festival by Jagota. Jagota General Manager Phuket, George Des, said that they hoped to build on the success of the first event to create an even bigger event and raise even more money next year.

Jagota Brothers trading company is one of Thailand’s leading gourmet food importers, which employs 200 people and supply the best resorts, hotels and restaurants throughout Thailand.

The inaugural Phuket Family and Gourmet Festival was set up by brothers and directors of Jagota, Anand and Gopal Jagota, with the aim of helping underprivileged children and the children orphaned by the tsunami event. As part of the event children from local orphanages invited to enjoy a fun day out at the festival with plenty of games and food. The event also involved chefs from the top hotels and restaurants in Phuket create delicious snacks with Jagota donated products to sell and raise money.

Phuket Health: Back to the bare basics