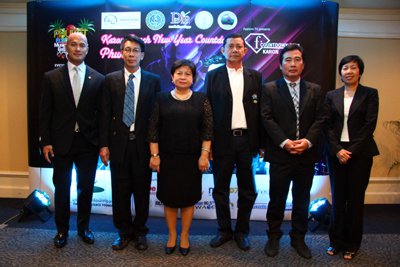 PHUKET: Following a trend in electronic music festivals around the world, Phuket is set to throb and pulsate its way into the New Year with its very own festival.

Last year Pattaya was host to a Creative Electronic Music and Dance Festival organized by the Department of Intellectual Properties and the Ministry Of Commerce.

This year’s Phuket Electronic Music and Dance festival will be held on Karon Beach in conjunction with New Year festivities in an effort by the Tourism Authority of Thailand (TAT) to rebuild tourist confidence and improve, through music, the image of Thai tourism.

Another goal of the Phuket Electronic Music and Dance Festival 2011 is to encourage talented young Thai electronic artists and to modernize the electronic music industry in Thailand. To this end there will also be a Creative IP DJ Hunt 2011 Southern Region, to promote electronic music in Thailand, with prize money of 20,000, 10,000 and 5,000 baht for the top three winners, as well as prizes from co-sponsor Pioneer DJ.

The two-day festival will showcase an exciting line-up of more than 30 local and international DJs.

This is also the first time that more than ten top clubs in Phuket will participate in the festival.

The Creative IP DJ Hunt will take place on Karon Beach starting at 3pm on December 30, with the opening ceremony at around 10pm. The following day the New Year 2012 Countdown Ceremony on Karon Beach will start at around 11:30pm.

Fashion TV is also a co-organizer of the event and will broadcast the event to its audiences around the world.

This mega-event is sponsored by the Phuket Gazette and radio partner Blue Wave 90.5FM.

Phuket Lifestyle – an improvement on perfection?