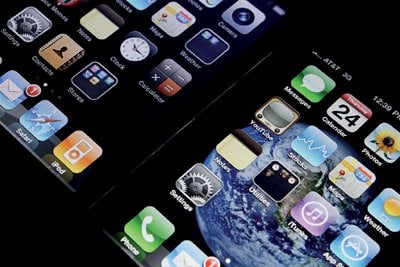 PHUKET: May I present some good news, some not-so-good news, and some news that keeps crawling out of the mailbag, like a gift from Santa that can’t be returned.

We’ve waited years for 3G wireless internet service in Thailand. Now, suddenly, over the course of the past six months, we’ve got 3G coming out of our ears, in a wide array of incompatible, mind-numbingly complex varieties that even the sales clerks don’t understand. And we ain’t seen nothin’ yet.

There’s at least one more phone company coming to the party, and two more incompatible frequencies – all of this without benefit of the government’s long-delayed auction.You know the saying, “Life will out”? With apologies to Michael Crichton and Jurassic Park, we’ve hit a point in Phuket where “3G will out.”

In spite of a decade of delays in auctioning off a specific channel for 3G communication (the so-called 2.1 GHz spectrum), with all sorts of porcine pretenders snorting at the trough, we’ve seen a plethora of 3G services, first from True, then from AIS, then from TrueMove (a subsidiary of True), and now DTAC. It looks like CAT is on the way, with its “My” service still rumored to be rolling out in January.

Here’s a quick overview of where we are, and where we’re headed.

Right now, AIS has the best 3G coverage on the island, with towers in almost all of the high traffic areas. It’s reliable, with few reported outages, although service goes up and down in Rawai when it’s raining. AIS is reasonably fast with typical international download speeds ranging from 700 to 1,500 Kbps, which is generally fast enough to stream video over a telephone or iPad, or run Skype with video.

Surprisingly, even though TrueMove-H uses the theoretically superior HSPA+ technology,we’re seeing TrueMove-H international download speeds between 600 and 1,400 Kbps, on average.

Reliability is good, but iPad 2 users report they have to reset their 3G carrier all the time. Coverage is good, but not as extensive as AIS. While True undoubtedly has the better technology, they aren’t opening up their overseas lines.

The net result is that, for international access here in Phuket, TrueMove-H isn’t any faster than AIS. TrueMove-H will work with the iPhone 3G, 3GS, 4, and 4S. It will not work with the original Samsung Galaxy S. To see if it will work with your phone or tablet, go to www.gsmarena.com and look for HSPA support at 850 MHz.

DTAC just started a 3G service a few weeks ago. We don’t have enough information collected to tell how fast it’s running, but we do know that it uses the same towers as TrueMove-H. (Both True and DTAC sublease from CAT, which actually owns the towers and the frequency.) I’ve heard that there’s extensive coverage in Phuket Town, but haven’t heard anything about outlying areas.

DTAC has no reliable information about its Phuket HSPA service anywhere that I can find. The one map that’s accessible online only shows the old EDGE/GPRS towers, with the admonition “The Thai authorities have yet to issue licenses for 3G services”. Meh. DTAC service should be available for all of the phones and tablets that are covered by TrueMove-H.

You’d think that telecommunications companies would spotlight their latest wireless internet services with easily accessible details about what’s on offer, and how much it costs. But of course you’d be wrong.

CAT has repeatedly said that it expects to get its “My” service up and running in January. The big benefit to CAT is that it’s cheaper than the alternatives: AIS and TrueMove charge B 799 per month for “unlimited” service.

CAT is on record as offering the same for B 590. “Unlimited” is a relative term; the rules seem to change from week to week, but right now “unlimited” at AIS and TrueMove seems to be pegged at 5 GB of data per month, after which your speed is throttled way back. CAT says “unlimited” is 4 GB per month. As for DTAC,who knows?

Please keep reporting your speeds! Crowd-sourced speed reporting really works. Write to me, Woody@KhunWoody.com, if you’re concerned about how to get started. Take it from a card-carrying Dummy, it’s easy.