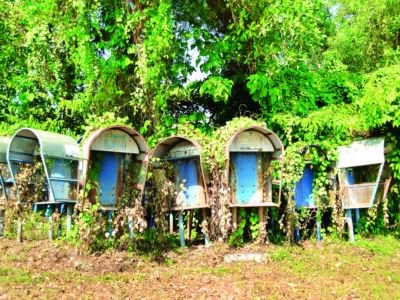 PHUKET: The last decade has seen rapid development in telecommunications technology, which has led to cheaper mobile phones and greatly reduced need for public land lines.

Consequently many phone booths in Phuket, run by the TOT Public Company, have been removed.

However, according to Chanwis Bunjongkarn, the TOT’s Senior Director for Phuket Customer Services, phone booths continue to provide an irreplaceable service.

Mr Chanwis says the TOT currently maintains more than 1,000 of the booths in Phuket.

Although the revenue from operating them has fallen by 70%, the company has only removed about 20% of the number in operation a decade ago. Yet the cost of their upkeep is quite significant, due in part to vandalism and coin theft.

“The TOT, as a public company, does not operate the phone booths for profit. “We keep them to serve the public need and to provide certain groups of people with easily accessible services,” Mr Chanwis says.

“Although mobile phones have become a lot cheaper, some low income earners still cannot afford them. And foreign tourists also use them [phone booths] frequently,” he adds.

Thai law requires that ‘some’ phone booths be readily available to the majority of the public, whether they are needed by the majority or not.

The legislation, which has been in place for five years, is to ensure public equality in telecommunications access.

The TOT’s phone booths are spread across the island, with a higher concentration in populated areas.

They are often needed in public places, Mr Chanwis says, such as airports, bus stations, hospitals, tourist hotspots, schools and even along the beach.

“Younger schoolchildren, for example, are discouraged from taking mobile phones to school because they can be distracting and undesirable [there].

“In such cases public phone booths are useful for the children,” he noted.

This year, the TOT plans to remove more than 200 booths from Phuket’s streets due to the continually falling demand. However, it will apparently be quite some time before they all disappear.

“Phone booths, like street lights, help the public feel safe. In an emergency anyone can pick up the phone,” Mr Chanwis says.