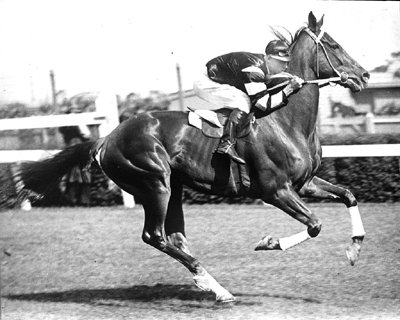 PHUKET: Next month marks the 152nd anniversary of the ‘Race That Stops the Nation’ or, as it has more recently become known, ‘The Race That Stops Two Nations’, because Australia and New Zealand go into lock-down on the day of the famous Melbourne Cup.

This year, you’ll have a chance to be part of the celebrations, when the Phuket International Women’s Club (PIWC) hosts their very own Melbourne Cup celebration.

Women have been an integral part of this prestigious event since the inaugural race when Robert Bagot, the first Secretary of the Victorian Racing Club, decided to boost attendance by issuing all members two ‘Ladies Tickets’ on the premise that, “Where ladies went, men would follow”.

His theory was spot on and attendance at the first ever Melbourne Cup was 4,000 – the largest at Flemington on any day since two years before, with the exception of the Two Thousand Guinea Stakes.

Since then, the Melbourne Cup has become a ‘must see’ event for men and women alike and this year will be no exception. The PIWC says it is inviting everyone to join a day of racing, fun, fashion and prizes at the air-conditioned Latitude Marquee, Laguna (opposite Canal Village) on Tuesday, November 6.

Doors open at 9am with a live telecast of the race at 11am. Finger food will be served throughout the morning with an Australian-themed buffet served after the race. Raffles, a silent auction and other fun events will be held throughout what promises to be a wonderful day.

In the spirit of the ‘Fashion on the Field’ carnival, held in conjunction with the Melbourne Cup and other race meetings around the world, there will also be prizes for best dressed man and lady.

“Our sponsors have surpassed themselves this year and we are truly grateful for their support,” says Lyn Carthew of the PIWC.

“Many local and overseas businesses have donated fantastic prizes such as boat trips, hotel stays, airline tickets and much more, all of which promises to make this event more than just a great day at the races,” she added.

Organizers say they will have a ‘Triple Crown’ raffle. Five hundred tickets will be sold at 500 baht each, for a grand prize of one Qatar Airways ticket to Europe, a Sunset cruise for four people, two nights at the Sheraton Bangkok and a voucher for dinner at Saffron Restaurant, Banyan Tree Phuket.

According to Carthew, 100 per cent of proceeds from the event will go towards the PIWC’s scholarship fund, and all administration costs will come out of membership fees. Today, there are more than 200 Phuket children on PIWC funded scholarships, from primary through to third level. Carthew says that the support of donors and sponsors is crucial to continuing this vital work.

Tickets are on sale for 2,000 baht each. Price includes four drinks, buffet and entertainment. For more information, please contact Lyn Carthew on 076 317 929 or info@phuketiwc.com. Tickets are also on sale at Bake in Cherng Talay and Duke’s Sports Bar in Kata.