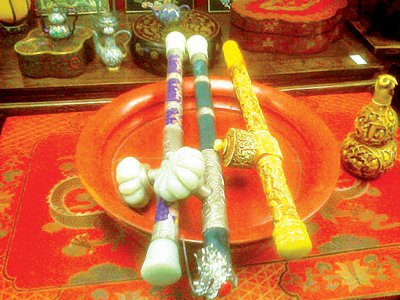 PHUKET: Captain James Forrest is a significant character in Phuket’s history as he was one of the few English naval captains who visited the island during the 18th century.

His travel accounts are useful because they vividly depict the geography of the island, the abundance of resources, trade and how the inhabitants of the island lived during that period.

Capt Forrest’s visit coincided with important historical events on Phuket, while his own accounts help fill the voids in stories that come from traditional Thai historical sources.

In his writings, Capt Forrest referred to Phuket as Jan Sylan. His descriptions of the island two centuries ago are still clearly familiar. According to Capt Forrest, Jan Sylan was separated from the mainland by a narrow strait about a quarter of a mile wide. The island had no major rivers aside from a few fresh water streams that flowed from the hills into the sea. Farming was mostly done on the middle of the island and the beach areas were left untouched in their natural state.

In Capt Forrest’s opinion, beach areas were purposely not cultivated because the thick tropical vegetation may have acted as a natural barrier against military invasion. However the saltiness of the soil in beach areas would have made it difficult to grow crops around beach areas.

According to Capt Forrest, 18th century Phuket had three main harbors that could accommodate merchant ships. One was called the Pak Phra harbor and was located near the strait to the north of the island. Aside from that there were two more harbors that he mentioned in his accounts. One of them was said to have been on the western side of the island. Although Capt Forrest never gave a name to this harbor, many Phuket historians believe he may have been talking about Patong Bay.

Tha Rua harbor is also mentioned by Capt Forrest in his writings. According to the captain, “it is an excellent harbor which is often frequented by merchant ships. A stream flows into the harbor”. In 1784, Capt Forrest traveled up the narrow stream with a small boat to get to BanTha Rua, which is a small settlement inland. During that period, Ban Tha Rua was inhabited by around 80 households. The village was home to the governor of the island, Phraya Phimon.

According to Capt Forrest, Phraya Phimon was the most powerful man in Phuket during that time. Because the island was located far away from the ruling capital, the nobles were not rewarded adequately for their services to the crown, hence they were corrupt and the local people opressed. Soldiers were armed with western made rifles, bayonets and krits (asymmetrical daggers commonly used in the Malay Peninsula). Capt Forrester estimated the population of the island at around 12,000 inhabitants.

Phraya Phimon received Capt Forrest as a dignified guest. According to the captain’s accounts, he was taken to a house that belonged to the governor, around seven miles west of Ban Tha Rua village. He made the journey with another prominent English officer, Capt James Scott, who had also come to Phuket on a trade mission. It was a large house made entirely of wood. The surrounding area was used to grow oranges and other fruits. In the evening the governor treated his English guests to dinner. Although he did not speak Malay, Phraya Phimon had a Portuguese translator by his side to assist in the conversation.

During that period Phuket was already an important trading center in the region. Although tin was the most highly sought after commodity, Capt Forrest mentioned a more sinister trading activity.

Opium trading, which started around 40 years before his arrival in Phuket, was becoming more prevalent because the island had been declared a free port. The British had been exporting opium from its colonies around the Bay of Bengal for years and during his visit to the island, Capt Forrest noticed that the Malays were trading tin for opium with the British in Phuket.

They would then sell the opium to locals in nearby towns and islands, who would give them a variety of merchandise in return, including ceramics, tobacco and brass ware from Java and China. However even during that period, local authorities were not blind-sighted towards the dangers of opium. During Capt Forrest’s visit, laws were already in place to prevent local inhabitants from using the increasingly popular opium.

The predominant currency used on the island was tin, which was minted into coins weighing around three pounds. Aside from European traders who come to the island for its precious resources, the Sultans of Malay states in the south were also avid traders in their own rights. But they were oppressive even in trade. Malay rulers received merchandise from Phuket without having to pay any tax.

The merchandise however would be sold in the rulers’ dominions with considerable profit. According to Capt Forrest, the Malay trading ports used a variety of currencies. Many Indian currencies were widely used, although one of the most common in the region was Spanish gold.