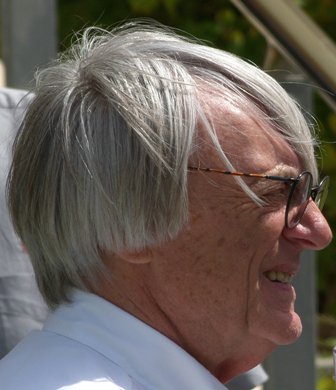 PHUKET: “I don’t think it’s anything serious at all. It doesn’t change our position in any shape or form.”

Bernie Ecclestone, head of Formula One, told British media that despite recent outbreaks of violence in Bahrain, the scheduled April 22 Grand Prix (GP) should take place.

He added that if he was advised by the government in Bahrain not to hold the race there then he would “think again”.

However, a Bahrain Foreign Relations minister has expressed concerns that the situation remains unstable, indicating that reports are circulating of pro-democracy protestors being attacked and tortured by security forces.

The 2011 Bahrain GP was due to be held on March 13, but civil unrest erupted a month earlier while a GP2 Asia Series practice session was ongoing and the race was postponed until October 30.

A storm of controversy over the rescheduled GP eventually caused organizers to ditch the 2011 F1 Bahrain event completely.

Irrespective of Ecclestone’s lack of concern for the situation in Bahrain, it seems F1 will face a similar debate and outpouring of sentiment in the lead up to this year’s event.

Phuket on high alert in wake of Bangkok terror bombs