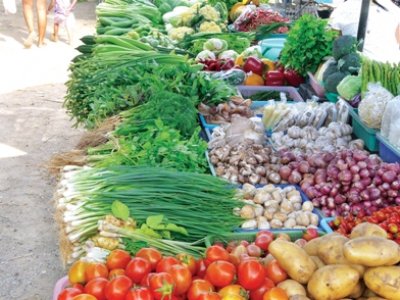 PHUKET: Recently I went in search of spice seeds to photograph. I needed them for pictures that could accompany my scribblings about herbs and spices, and, in addition, to try out in the garden.

I found more than I had bargained for, including such exotic stuff as dried butterfly pea flowers (clitoria ternata), liquorice root, star anise and fenugreek. Not the everyday flavorings I am writing about today, but it reinforces the point I have made before: there is no end to the cornucopia of flavors we are lucky enough to savor in Thailand.

Today, however, I’m rooting for roots. The most powerfully pungent bulbs in Southeast Asia, as in most corners of the globe, belong to the lily (liliaceae) family and of all these – onions, shallots, chives and garlic – the latter (allium sativum) is the most commonly used.

A daily task, as any Thai ‘restaurateur’ will confirm, is to peel all those pesky ‘kratiem‘ bulbs. More than one type of garlic grows here. The small purple-skinned cloves are considered superior to the white ones on account of their greater intensity of flavor. Packed with oil, they will surely let your taste buds know if you are bold enough to chomp them up raw as so many Thais do.

More commonly, the cloves are macerated into a spicy paste along with other seasonings, or chopped and added to stir-fry dishes, soups and stews, or sliced and fried to a brown crisp with fish.

I went through an entire childhood without ever tasting garlic. Hard to imagine, especially in this day and age when garlic has become one of those ‘magical’ natural ingredients, supposedly capable of thinning the blood, of reducing ‘bad’ cholesterol and of lowering vascular pressure.

And if you do try putting some bulbs in the garden, they do have an inhibiting effect on many pests. They won’t come within a mile. That much I know from growing garlic in Andalucia.

I hope we can pass quickly over the onion (allium) ‘per se’. It is one of the oldest vegetables known to man, and while I love them as much as Chaucer’s Summoner, whose fourteenth century breath was permanently be-fouled by onions, they are so cheap here – eight baht a kilo at the last count for the white variety – and their appearance and flavor so well known, that they don’t need me to expatiate upon their merits.

The spring onion (allium fistulosum or ton tom) is a very important garnish in the Kingdom. It is not only found in those green platters of winged beans, Chinese kale and cashew leaves that grace the lunch tables of the cheapest Thai eateries, but is often added, along with garlic, to the clear soups that accompany the main course.

Although shallots (allium ascolonicum or hom daeng) grow wild in parts of Thailand, they are a less visible presence because they are not used for decorative effect. But they are common ingredients in hot pastes, and are sometimes preferred to onions on account of their sweeter and less harsh flavor. They also have a lower water content that allows for easier frying.

If you try growing them, remember that they don’t grow singly like onions, but in small bunches. They are best cultivated in rich soil from ‘sets’ of small bulbs, rather than from seed. Remember to pare away the earth from the tops of the bulbs once they are well established.

The last member of the allium clan to warrant a mention is the chive (allium tuberosum), normally referred to in the plural form. Bunches of the local variety, flat or Chinese chives, are readily available in local markets.

They grow in long-leaved clusters and, because of their strong aroma, are sometimes known as ‘garlic chives’. Often sold with the flowering tips (or culm) still attached, they are considered a delicacy in Chinese cuisine. Equally, ask any Thai about ‘dok kuichai’ and they will soon be singing its praises.

So what about spicy roots? Two, ginger and galangal, cannot be ignored, despite recent official attempts to curtail their use as pesticides, and while both have both been briefly defended in these columns before, they deserve a proper mention.

Ginger (zingiber officin-ale) is, of course, better known abroad, since the mature, beige-colored root travels well and is available from any European greengrocer. Known as ‘khing‘ in Thailand, where it grows wild – what doesn’t? – it is normally sold in markets as a freshly dug young root. In this form, it has thin, creamy skin and pink shoots which terminate in green stalks You can easily pop a couple in some moist soil to start your own crop.

Popular as a marinade with Chinese chefs or as an accompaniment to fried fish, the tender young roots can be grated or crushed to release the intense flavor before cooking.

Ginger has a reputation in Asia as a medicinal herb, useful for counteracting indigestion and even nausea. It also makes a delectable hot drink which I often buy – in a plastic bag of course – at the local market. Good for hangovers.

Galangal (alipinia gala-nga) comes from the same family and the rhizome looks quite similar, if less knobbly.

But the flavor is distinctively different and, sliced into thin chunks, the tough fibrous root graces many Thai and Malay soups and stews. The sour, slightly citrus flavor of tom yam soup owes everything to its infusion of galangal.

Like ginger, it is an attractive addition to the kitchen garden. Plant a rhizome and it will sprout sword-like leaves and, whisper it softly, some Thais believe galangal has aphrodisiacal powers.

Phuket Gardening: Take a leaf out of my book