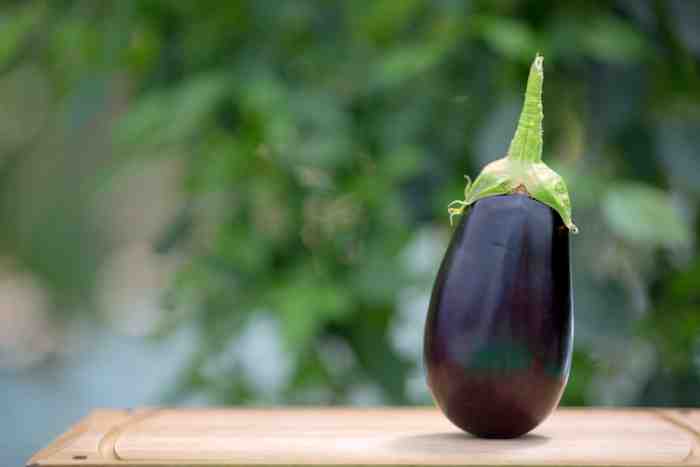 PHUKET: We expats think we are familiar with aubergines. You know, the large glossy purple ones which look for all the world as though they have been coated with varnish.

But Thailand has so many more varieties, collectively called brinjal, all of them edible and all capable of being cultivated in your kitchen garden.

But let’s start with what we know. The purple aubergine (Solalum melongena) is a herbaceous, perennial bush which produces dense, hard fruits, each of which contain a number of round, flat seeds.

The bush grows, as do all eggplants, almost anywhere, and crops up in unexpected places. To grow your own, simply sow the seeds in pots and within a few days you will have plants ready for transfer to open ground. Another advantage: the purple eggplant is productive all year round.

The only real downside is the plant’s susceptibility to attack from a range of beetles and aphids, and a fungal disease called verticillium. For this reason, it should be planted in ground not previously occupied by other solanaceous species such as tomatoes, peppers or other aubergines.

Although the raw fruit is somewhat bitter, the cooked version is bland in flavor, and is better employed as an addition to other ingredients – in Greek moussaka for example or French ratatouille. Here in Thailand, it is fried with fermented soybean or egg yolk, sometimes hollowed out and stuffed, or added to a soup called ma kheua.

Unlike the pumpkin (click here) and roselle (click here) of recent note, it is not especially rich in nutrients, though it is a useful source of phosphorus and magnesium, and does contain some vitamin B.

If you have already used it in culinary dishes, you will know that the flesh has peculiar properties: one, fried, it can absorb huge amounts of fat or oil: two, it needs to cooked quickly once it is cut open since the flesh oxidizes and quickly turns brown. Moreover, it is one of the very few plants to contain nicotine, though in such small quantities as to be harmless.

If you asked a Thai for his favorite aubergine, he would probably opt for brinjal, another bushy variety which produces smallish (3-4cm) round fruits. As with the purple eggplant, it has pointed sepals at the top of each one. The fruits, normally eaten when unripe and often raw, are green with streaks of white. When mature, they turn yellow.

Although exaggerated claims are sometimes made for it as a health food, it does contain very high levels of anti-oxidants and is rich in vitamin B. Personally, I enjoy it in Thai green curry: without these brinjals, green curry does not taste as it should.

Equally easy to grow is a variety known in Thailand as ma khuea phuang. A small prickly, perennial bush with gray bark, the fruits of solanum torvum grow in clusters and are tiny, almost pea-like, with a very hard exterior.

Propagated, like its larger relatives, by distribution of the brown seeds, it is also eaten as a fresh vegetable, ground up in prik (Thai fiery pepper), or added to various curries. Endowed with massive amounts of vitamin A, ma khuea phuang has been used in folk medicine for eons, and is reputed to assist in the control of diabetes and to reduce high blood pressure.

Known elsewhere as turkey berry or Devil’s fig, the plant is very vigorous; its fruits easily and may reach three meters in height. A perennial, it normally lives for two years and is distributed in the wild by frugivorous (fruit-eating birds).

Here in Phuket, I have seen it thriving, self-sown, on recently disturbed land. The same can be said for ma eok, a species of sour-tasting aubergine with yellow fruit and hairy skin.

So you should have no trouble at all in cultivating these in your garden – and crunching a few turkey berries to keep that blood pressure under control.