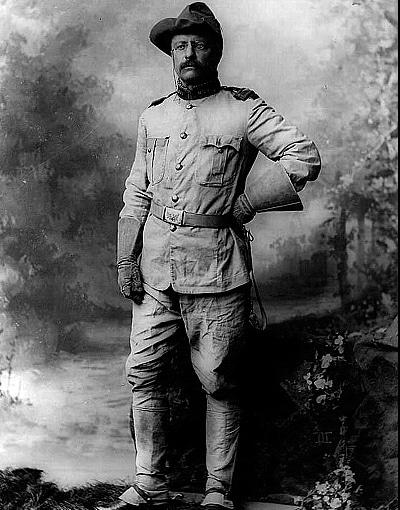 PHUKET: There is a large and growing shelf of books about Theodore Roosevelt, most recently James Morris’s acclaimed biographical trilogy.

National Geographic writer Candice Millard has taken a different tack, concentrating on his last great adventure in The River of Doubt (Anchor Books, New York, 2006, 416pp). Subtitled “Theodore Roosevelt’s Darkest Journey” this is the tale of his descent in 1914 down the wild and uncharted Rio Duvida, or River of Doubt, in the middle of the Brazilian Amazon.

The source of the river had previously been discovered by Brazil’s legendary explorer Candido Rondon. Now the two men proposed to map its length northward through an unknown gauntlet of rapids, waterfalls, whirlpools and hostile Indians.

Roosevelt’s trip to South America had originally been conceived as a leisurely junket, a lucrative speech tour culminating in a ride down the known branches of the Amazon. Instead, Rondon proposed a voyage of real discovery and Roosevelt eagerly accepted.

Just to reach the river took a month of hard slogging through the Brazilian uplands in a massive safari train reminiscent of Roosevelt’s celebrated hunting trip to Africa after he had left the White House. He was obliged to shed most of the men and gear for the final trek, leaving a crew of 22 dangerously short of food.

Backing up the two co-commanders of the Roosevelt-Rondon Scientific Expedition were two strong and able young men: Rondon’s lieutenant Joao Lyra and Roosevelt’s son Kermit who had accompanied him on the African safari. Kermit had learned Portuguese while engineering in Brazil and he and Lyra would provide the strong young backs in the forefront of the heavy work of portaging their dugouts up the raging river.

The obstacles were formidable.

“Even in an age when great feats of discovery were almost commonplace, a descent of the River of Doubt would be audacious. Not only was the river unmapped – its length and direction unknown and each whirlpool, rapid, and waterfall a sudden and potentially deadly surprise – but it coursed through a dense, tangled jungle that had a dark history of destroying the men who hoped to map it.”

Two Indian tribes lived on the east and west banks of the river. They would remain hostile to white people until the late 1960s. They chose, however, not to attack the little group of interlopers, but to keep them under observation and take the gifts of steel knives and hatchets they left behind. Only Rondon’s favorite hunting dog was killed by a five-foot poisoned arrow.

“As the journey wore on, the Amazonian jungle, which had never seemed welcoming, had begun to feel not just dark and dangerous, but inescapably oppressive,” the author writes of the group’s plummeting morale. “It was a sensation that most outsiders who plunged into that dense, inscrutable wilderness experienced, and it left behind an indelible, almost violent impression.”

By the end of six weeks, Roosevelt was near death from malaria and an old leg injury that had become badly infected. He would lose 55 pounds, or a quarter of his body weight. He was often delirious. For Roosevelt, the expedition was becoming an ordeal of inhuman proportions, testing his strength and resolve as nothing he had encountered in a lifetime of self-imposed physical challenges.

Half-starved, riddled with malaria and dysentery, weakened by overwork and swarms of blood-sucking insects, the expedition members fought their way up the river till salvation appeared in the form of a rubber-tapper’s hut.

In the end they would travel 1,000 kilometers of a river that Rondon renamed the Rio Roosevelt. A major tributary was renamed the Rio Kermit. An Amazonian state three times the size of England was eventually named Rondonia. The legendary explorer would live until he was 91, though his young lieutenant Lyra would drown in the rapids of another river in 1916.

Broken in health, Roosevelt would die three years later, at 61. His son Kermit , the young scion of so much talent, energy and discipline, would descend into depression and alcoholism and kill himself in wartime Alaska in 1943.

Candice Millard tells this sad tale with the urgency and suspense of a thriller. Finally, it is a harrowing tribute to the desperate courage of heroes.