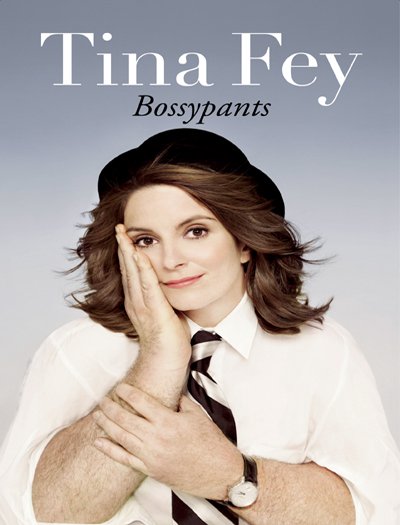 PHUKET: Those eminent contemporary philosophers Jerry Lewis and Christopher Hitchens have advanced the proposition that women lack a sense of humor. This notion can be shot down in two words: Tina Fey.

As befits the writer of comedy sketches, the 25 chapters of her book are short and vary widely in quality. The best of them are hugely entertaining.

Born in 1970, she grew up in a Greek suburb of Philadelphia. She obeyed her mother and adored her father and would have graduated to a life of suburban normality except for joining a summer theater group that was a haven for gay kids. She is shocked when two young actors fall into an adult romance.

“I had to face the fact that I had been using my gay friends as props,” she writes. “They were always supposed to be funny and entertain me and praise me and listen to my problems, and their life was supposed to be a secret that no one wanted to hear about. I wanted them to stay in the ‘half closet’. . . [The romance] was a major and deeply embarrassing teenage revelation. It must have been how straight teenage boys feel when they realize those boobs they like have heads attached to them.”

In Tina Fey’s hands, teenage angst about her face and body – eyebrows, lips, legs, hips, and boobs – become geysers of humor. She notes: “Wide-set knockers that aren’t so big but can be hoisted up once or twice a year for parades”.

Then she is on her own as the lone Greek in a white bread college.

“Let me start off by saying that at the University of Virginia in 1990, I was Mexican. I looked Mexican, that is, next to my fifteen thousand blond and blue-eyed classmates, most of whom owned horses, or at least resembled them.”

Next stop: Chicago and The Second City troupe. To survive, she works at the front desk of a YMCA, “the epicenter of all human grimness”. At The Second City she finds that each cast must have four men and two women. No variations. “This made no sense to me, probably because I speak English and have never had a head injury.”

Things have since changed. “You might see four women and two men. You might see five men and a YouTube video of a kitten sneezing. Once we know we’re really open to all the options, we can proceed with whatever’s the funniest . . . which will probably involve farts.”

Fey treads water with a couple chapters on faux beauty tips before returning to the main trunk of the story and her 1997 interview with Lorne Michael for a writing spot on Saturday Night Live. She will rise to head writer.

“I tried to apply Lorne’s lesson when staffing 30 Rock,” she writes of her sitcom that mimics the back stage antics of Saturday Night Live. “Our current staff makeup has us as four Harvard nerds, four Performer-turned-writers, two regular nerds, and two dirtbags.”

She treads water again with a long, unfunny bit about posing for magazine covers before she hits her stride with the long rousing saga of her six-week-long Sarah Palin imitation.

She closes her book with a typically whimsical take on motherhood: “There’s a drunk midget in my house” in which she observes: “Ah, babies! They’re more than just adorable little creatures on whom you can blame your farts.”

This leads to a self-deprecating mediation on the tug of war between family and fame. She’s happily married with a five-year-old daughter. Should she have another one? But what about the 200 people on 30 Rock who depend on her?

My advice? Stick with the show.

Phuket Lifestyle – TEFL Courses: the good, the bad and the cowboys