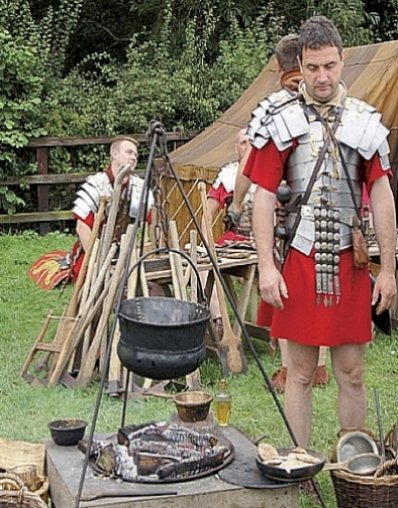 PHUKET: If you describe anything as “the worst thing that can happen,” it probably isn’t. But one of the worst things that can happen to an historical novelist is to have someone creep up with a smirk on his face, and say that you got a fact wrong. For me, it’s worse than being told the novel is useless.

I’ve always been sheltered from general criticism behind an impenetrable wall of vanity. I’m a genius. Anyone who says otherwise can only be intellectually or morally defective. Tell me I’ve got my facts wrong, and I may run screaming from the room.

It would be my own fault. The rules are clear. You can write as secretary to the Emperor Tiberius, and explain that he always swam alone on Capri – that he was a fine man and ruler, libeled after his death for his Thatcheresque way with taxpayers’ money. With a few obvious exceptions, you can blacken or whiten historical characters just as takes your fancy.

What you can’t do here is have someone uncork a bottle of wine and pour two glasses. You see, corked glass bottles only came into use in the 17th Century, and glass drinking vessels, though used for thousands of years, only beat metal to the tables of the rich in the same century. Overlook this, and you’ll be written off as incompetent.

And so, when writing historical fiction, you need to get your facts right. This means more than looking up on Wikipedia when forks, hair clips or suntan cream first came into use. You must think yourself into the past age you’ve chosen and not make it look as if your characters could have been pulled out of the Underground and sent off into something halfway between a historical theme park and the Big Brother house.

You cannot assume that the physical things and habits of thought that you take for granted were the same in the past.

Let me give an example. I’ve been shuffling round National Trust properties since childhood, vaguely noting how short beds were in the past. If asked why, I might have said that people were shorter then. Last year, when looking through an old book of prints, I realized that persons of quality, before about the early 19th century, slept in a sitting position – they didn’t need such long beds.

Now, I’d always taken my own habit of sleeping in a ball, with the blankets pulled over my head, as a slight deviation from the norm, but never thought of this norm as other than universal.

This worried me for professional reasons, but shouldn’t have surprised me. The followers of Karl Marx – and I think here less of Marx himself than of his more unorthodox followers like Karl Polanyi and Moses Finley and Michel Foucault – go too far in claiming that there are no universal norms. They hated bourgeois civilization, and spent their lives trying to prove that all its norms were part of an order of things that had come recently into existence, and could be hurried back out of existence.

In fact, the essentials of human nature don’t change. But, if this includes basic motivations, it doesn’t include how these are expressed. It can be difficult to work out the difference between motivations and their particular expressions. And there’s no doubt that, by our own lights, people in other ages often thought and behaved very oddly by our own standards.

I won’t boast that I’ve always got it right in my novels. David Friedman (son of Milton) once got me close to a walking out moment, when he insisted that a glass table I’d put in one of my novels couldn’t have been cast before the late middle ages. But I do try to get it right.

I’m currently writing a novel set in 7th Century Byzantium. This involves a plague epidemic. And so I’ve become an expert on medical history. Though the germ theory of disease is very modern, there was, from the late middle ages, some popular insistence on quarantine. But this wasn’t endorsed by the doctors. Until the arrival of syphilis forced them to think again, the doctors had no regular idea of contagion.

They were mostly committed to the miasma theory of epidemic diseases – invisible clouds of poison that might be evidenced by foul smells. I still haven’t decided what significance plague has in my new novel. Even so, do be assured that it won’t just be the look and smell of the sores that I get right.

On the other hand, sweat all you like over those facts – it doesn’t mean you’ll write a bestseller. You see, the example I gave of uncorking wine bottles is a real one. I once got a long way into Taylor Caldwell’s Dear and Glorious Physician, which is about St Luke the Evangelist. I put up with everything I didn’t like about it until someone in Antioch uncorked a bottle. I threw the book aside with a snarl of contempt.

Sadly, no one else has. Taylor Caldwell didn’t know how the ancients stored and sold their wine. But her novels remain in print nearly 30 years after her death, and sell in numbers I can only envy – and her name will probably be remembered when mine has been forgotten.

Of course, you still do need to get it right. But it goes to show there’s no justice!