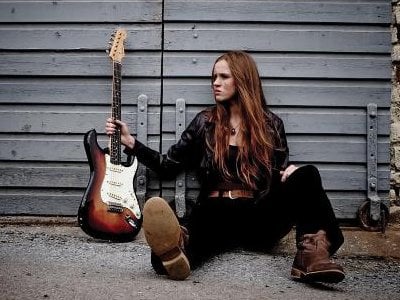 PHUKET: Only hours away, this year’s Phuket International Blues Rock Festival is set to bring the canvas roof down at its new venue in the Festival Marquee at the Laguna Beach Resort’s Y-Junction.

It is the place to be today and tomorrow for a sublime celebration of blues rock music with some of the finest musicians ever to appear on Phuket.

Chris Thomas King from the US is simply a blues legend with a literally record-breaking music background.

Irish rocker Grainne Duffy will also hold court. Her music pedigree is unassailable, having played at many of music’s top venues, including Glastonbury.

Other music acts to keep an ear out for this evening are Sky High from Sweden, TOKEN from Thailand, Moscow fish from Canada, Jack Derwin from Australia, and Phuket’s own Rockin Angels.

Ricky Zen and Gazette editor Marc Mulloy return to co-present the festival. This year, however, clean-shaven professionalism gives way to bearded shenanigans, with both MCs intending to give the audience a taste of their unique brand of entertainment.

The biggest festival since the event began in 2005, this one is not to be missed.

Gates open today at 6pm, but acoustic performances will be given in the lobbies of the Laguna Beach Resort, the Dusit Thani, the Angsana and the Best Western Allamanda from 3pm onwards.

The same schedule applies tomorrow, so get your tickets now for a wild weekend of incredible entertainment.

For more information contact organizer Andy Anderson on 086-682 2639 or emailphuketmusic@yahoo.com.

Meanwhile, the White Sand / Blue Sky Airshow scheduled for tomorrow afternoon over Surin Beach has been confirmed by the Thai aviation authorities and will see aeorbatics ace Les Vorosmarthy performing spectacular stunts from around 4pm onward.

Although the wingsuit flight has not been approved by the authorities, Birdman Jari Kuosma will be on hand at the event to meet and chat with sky diving enthusiasts wishing to share their experiences and passion for the sport.

Jari will demonstrate his wingsuit and offer his immense knowledge of the history, technology and joys of flight without an aircraft or a parachute.

Both of these big events this weekend are proudly sponsored by the Phuket Gazette.

Phuket comedy: Whose line is it, Steve?

Phuket Books: Yoknapatawpha on the Hudson