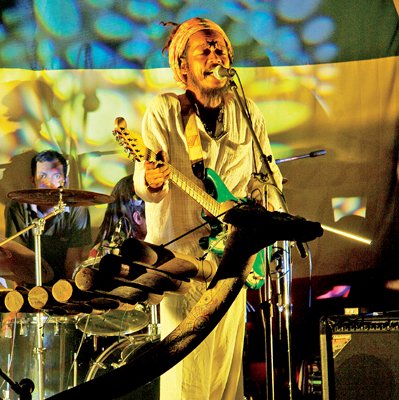 PHUKET: Reggae fans can start preparing for a magical evening by the sea on November 25 when The Beach Club in association with Indigo Pearl launch the 2011 Nai Yang Beach Party Grand Opening Season. Headlining this event will be the hugely popular Job2Do.

Indigo Pearl is the title sponsor of this initial collaboration between the award winning resort and The Beach Club to bring a range of top musical talent to the island in hopes of enhancing Phuket’s prominence as a destination for famous and upcoming musical acts, thereby boosting the local economy.

Indigo Pearl GM Kelly Lewis spoke to the Phuket Gazette about how the idea and planning for this event came about.

“We wanted to highlight the upcoming season with something special which would also benefit local communities and businesses. Following a conversation with Arun “Kio” Phelphanchoo, The Beach Club’s owner, an idea was generated to establish a firm relationship between the resort and the club to develop Nai Yang’s entertainment prospects,” Mr Lewis said.

“Arun has previously promoted Job2Do in Phuket, and we are very fortunate to have such a young, energetic talent to help get this event off the ground in such a short space of time,” Mr Lewis added.

This will be the first beach party in what is planned as a series of music events scheduled for Phuket’s high season at Nai Yang Beach.

Arun has been the driving force behind The Beach Club’s success for the past 15 years and is very enthusiastic to develop this new partnership and future entertainment promotions.

“This is an exciting venture for both establishments and will put Nai Yang Beach on the map for more of these types of parties,” he told the Gazette.

“Job2Do have not performed for a year and this is their first return headline gig. There will also be two other acts before them, including an amazing instrumental group and another very good reggae band who have toured with Job2Do in the past.

“After the live music there will be a DJ from Phuket House Mafia to keep the party going,” added Arun.

The Nai Yang Beach Party starts at 6pm, with tickets available at the Indigo Pearl reception desk or at The Beach Club, at a cost of 250 baht.

Fans can also tune in to BlueWave 90.5 FM for a chance to win free tickets and luxury accommodation for the event.

A selection of food and drinks will also be available for all attending this fantastic first for Phuket.

The Phuket Gazette and Blue Wave 90.5FM are sponsors of this event.