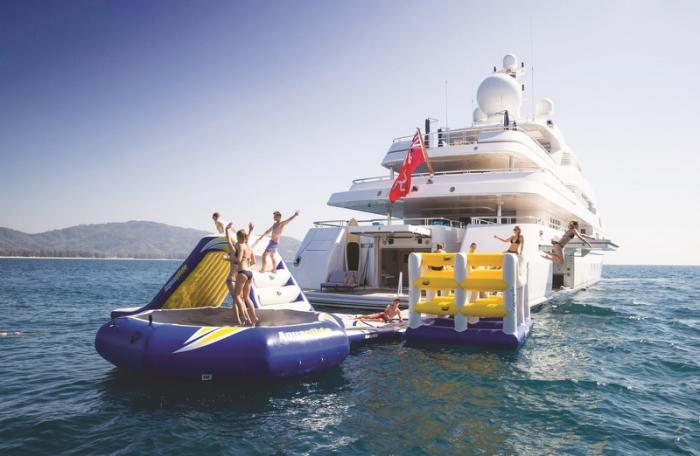 PHUKET: Are you ready for the busiest time of the year? Not Christmas and New Year, but the six or so weeks of marine industry madness that is upon us.

Kicking things off is the Ocean Marina Pattaya Boat Show. From 24th to 27th November, eyes are on the Gulf of Thailand as boat brands from around the world join the show to celebrate all things boating. Organizers expect about 30 boats – the largest boat line-up ever – as well as a busy onshore collection of luxury properties, marine products and accessories, water sports and more.

In my last column I mentioned that Pattaya and the Gulf of Thailand are growing exponentially as the Customs Department lays down the red carpet for visiting foreign yachts, allowing them to stay longer. The boat show is set to be the ideal boost for that.

For those needing to dash back to Phuket after the show and start preparations for the next event on the marine madness calendar, there are daily flights direct to Phuket from U-Tapao International Airport (just 15 minutes from Ocean Marina). Don’t panic.

Back in Phuket, the next happening is the Phuket King’s Cup Regatta. Held December 3-10, this is the 30th anniversary and in the current circumstances, some of the social side will be appropriately toned down. Check the official website for the latest updates on the social program. I’ve heard there will not be a social function or candle-light ceremony on December 5 this year, while the traditional sail-past will take place on December 9 in honor of the late Rama IX.

This year, the affable Frank Pong and his multi-national Jelik crew will not be competing. However, this won’t detract from the on-water competition, which is expected to be as fierce as ever.

As the Phuket King’s Cup comes to a close there is barely time to catch your breath as Infinite Luxury ups the luxe with their inaugural Kata Rocks Superyacht Rendezvous from 10 to 12 December. With strong industry support, expect to be wow’d.

Following an impressive inaugural edition earlier this year, expectations are high, and based on the in-water line-up of boats of all sizes – including some of the region’s most impressive superyachts – and some exciting onshore exhibitors, there will be plenty for visitors to see and do.

There’s one more event before the year end. The Asia Superyacht Rendezvous, December 16-18, is celebrating its 16th year with a new venue: SALA Phuket Resort & Spa. The organizers are adding some new twists this year, including a ‘Superyacht Winner’s Cup’, and are expecting a strong turnout.

Now, there is time to squeeze in a quick Christmas and New Year, and as you look for another Bloody Mary the 14th Phuket International Boat Show will be here January 5-8 2017. The first boat show in Thailand is again hosted at Royal Phuket Marina and will bring to a close the six-and-a-bit weeks of marine madness.

After all that, you’ll be ready for a holiday. However, it’s high season. Enjoy!