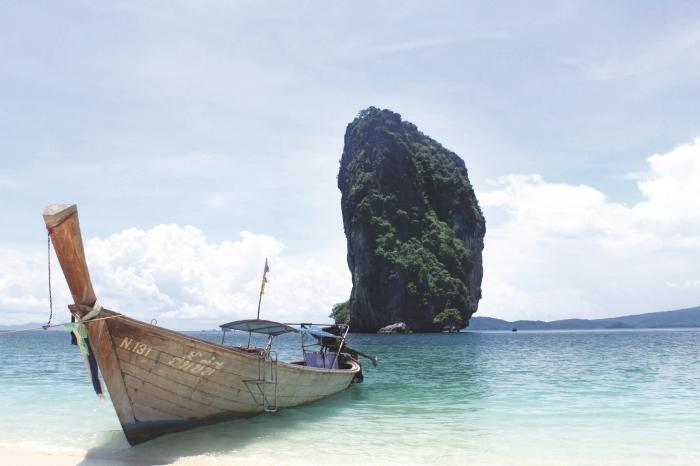 PHUKET: I’ve never met Kenneth Grahame. It would be rather difficult, as he passed away in 1932. However, he seemed to have a good outlook on yachting.

In his classic book The Wind in the Willows, Rat said to Mole: “Believe me, my young friend, there is nothing – absolutely nothing – half so much worth doing as simply messing about in boats.”

Phuket’s high season is in full swing and with the sunny weather and calm seas it brings, now is indeed the perfect time to be “messing about in boats”.

With Christmas and New Year just around the corner, it’s encouraging to see tourist numbers picking up, including the previously-elusive Russian visitors who are put in the ‘high quality’ bracket by government agencies due to their average spending being, well, above average.

Russian visitors and their European neighbors are the backbone of Phuket’s high season marine tourism, at least at the better quality end of the spectrum.

While searching for that perfect one-day speedboat island tour, bear in mind that you get what you pay for. A cheap deal likely means you’ll be crammed in like cattle as the driver goes from a standing start to near airborne in less than 30 meters. Safety? Unlikely to be their selling point.

Phuket’s marinas, however, offer safe (and pleasant) jump off points for your marine extravaganza. Less than 15 minutes from the Phuket Boat Lagoon or Royal Phuket Marina, you will be surrounded by islands, while the stunning islands of Phang Nga Bay are just minutes from Ao Po Grand Marina.

Further north, as you leave Phuket Yacht Haven, you find yourself in the northern reaches of Phang Nga Bay – some of the quieter spots in this majestic Jurassic Park lookalike wonderland.

Alternatively, you can head West out of the marina, under the bridge and then north to the snorkeling and diving sites of the Similan and Surin islands.

While daily tour boats are heading out in ever increasing numbers to the mass tourism marine destinations, those in the know and those chartering their own yacht need not worry, as there are plenty of other destinations that are under much less pressure.

Over the high season I expect more than 50,000 people will be enjoying boat trips each month – that’s about 2,000 people per day. Add to that divers, ferries to Phi Phi/ Krabi and multi-day charters, and the numbers are impressive. At the same time, they are also a cause for concern, both from an environmental and safety standpoint.

It’s clear that most visitors to Phuket get out on the water at some point. Even Asian visitors who are pigeon-holed as shopping tourists make up a huge number of low-season marine tourism numbers in Phuket.

While it is a great time to visit Phuket and enjoy it’s marine treasures, visitors are recommended to be aware of their surroundings at all times, whether in the sea or on the beach. On the beach, watch out for the numerous jet skis while swimming. It’s easy to blame the owners and operators (plenty of us do), but the real danger is from inexperienced drivers. Enjoy.