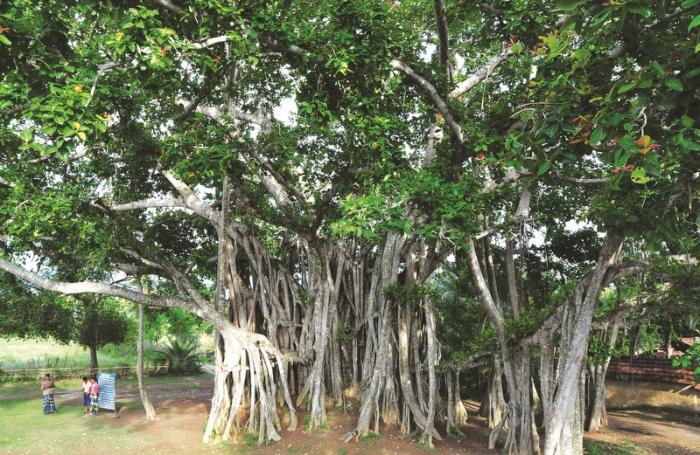 PHUKET: Recently I received a question about pruning from Franck de Lestapis, general manager of Koh Lanta’s Pimalai Resort and Spa, which boasts a massive banyan tree that dominates the pool and beach.

May I say straight away that Pimalai is to be congratulated for allowing such a wonderful specimen to flourish unimpeded. But it needs pruning.

Let Franck take up the story: “I thought you might have some ideas on how to properly trim such a big tree.” He adds: “We ought to do it as the weight of the foliage and branches is very heavy. Maybe you have some tips on how to do it correctly while retaining the nice shape of the tree?”

Well, it does present a bit of a problem on account of its size.

Let’s start with a few suggestions – also applicable to smaller brethren. Don’t prune now; that is to say in the rainy season. As Franck rightly assumes, the branches and leaves will be laden with sap and, more importantly, will still be growing.

Delay until the monsoon is over, then allow at least two weeks for the tree to dry out, but don’t leave things until the end of the dormant season: the tree may be distressed. On the other hand, diseased or dead wood, weak or narrow crotches which have split, or overlapping branches which rub against each other can be removed at any time.

The actual process of pruning should aim at retaining the tree’s natural shape – at least if it is, and this is the case here, beautifully proportioned.

So cut it back to the main branches in a symmetrical fashion. Avoid cutting the top off at all costs. Such draconian action will promote unattractive and wispy sprouting from the severed main limb.

Pruning of large branches should be carried out with a saw – a bow or tri-edge folding saw. Under-cut at least two inches away from the raised swelling where the branch joins a larger one (known as the collar). Cut about half way through, and then saw right through from the top side, another inch or two out. This will ensure that there is no stripping of bark.

Small branches can be pruned with long-handled shears. With extra large branches, you may need to cut further out to avoid tearing into the branch collar. In this case, trim another inch or two from the remaining stub.

The whole process will thin a dense canopy as well as reduce its size, allowing air and sunlight in and minimizing the possibility of disease. Frankly – pardon the pun – I would entrust the job to a qualified tree surgeon as they will have the proper equipment.

Banyans, or bodhis as they are known in Thailand, are tough members of the fig (ficus) family. Remember that they are first epiphytes, then parasites which, like mistletoe, thrive at the expense of the host tree.

Fruit-eating birds drop seeds that lodge in the crevices and bark of the original tree. They send roots down to the ground, envelop the host and eventually kill it.

The decaying core provides nutrients for the banyan. Nonetheless, ficus benghazi is the national tree of India, sacred to Hindus, and can be extremely beautiful in its own right, as here at Pimalai.

Good luck with the pruning, Franck.

Profile: Thomas and Sonia Baumgartner – all eyes on the finish line

On Deck: Perfect time to be messing about in boats