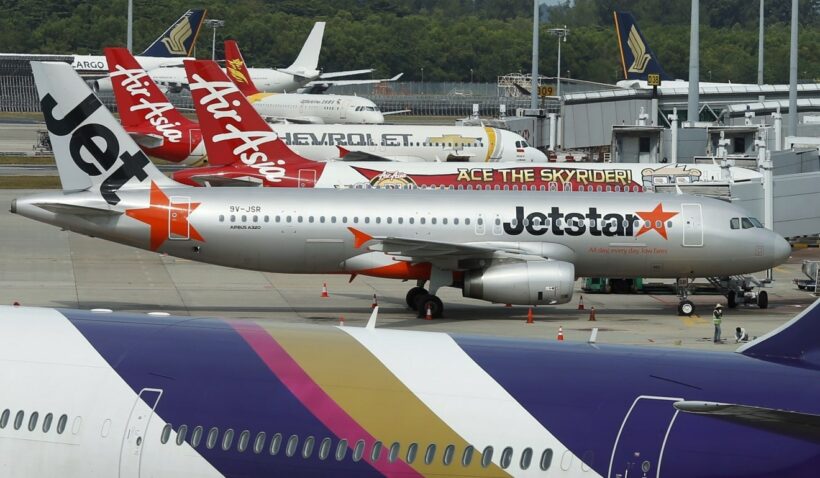 Thailand Business News reports that growth has accelerated over the past five years. This is partly due to the late 2013 launch and rapid expansion of Thai Lion Air although Thai Air Asia, a dominant force in south east asian LCC expansion, continues to expand its routes of direct flights around the Kingdom.

Thailand has six low cost airlines operating a combined fleet of 136 aircraft, according the CAPA Fleet Database. LCCs account for 45% of Thailand’s total commercial aircraft fleet and over 60% of the narrow-body fleet. The vast majority of Thailand’s LCC fleet are from the Airbus A320 and Boeing 737 family of aircraft.

Five years ago, in May 2013, there were only 42 LCC aircraft based in Thailand, including 28 at Thai AirAsia and 14 at Nok Air. Thai Air Asia’s fleet, alone, has doubled in the past five years. A financial interest in the Singaporean Scoot Airlines by Thai Nok Air and the growth of Vietjet continue to fuel the reach of LCCs outside Thailand. Thai Asia X, with its fleet of A330 aircraft, are mulling the re-introduction of European flights this year which will also feed into the domestic growth of LCCs.

Over the past five years the country’s LCC fleet has more than tripled in size, and the total commercial fleet has increased by 50%.

Reboot and maximise your energy

Chinese tourism to Thailand poised to top 10 million per annum