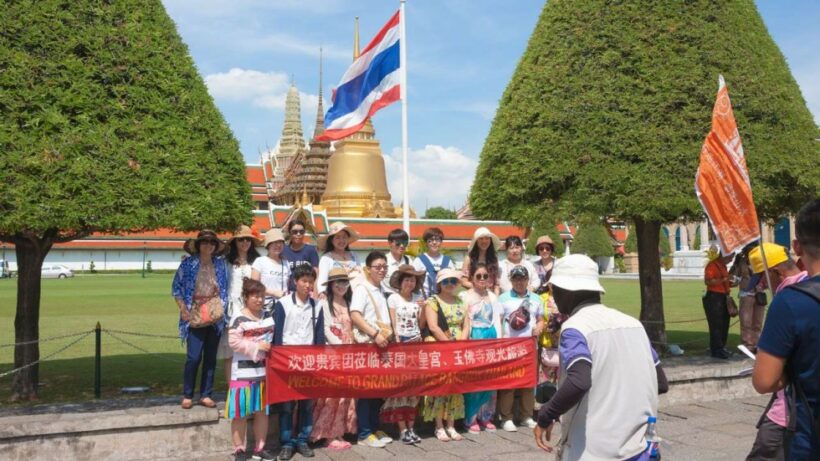 Thailand’s most tourist arrivals are ‘Others’.

When added together, all the arrivals for countries outside the top 10, outnumber the most popular nations contributing annual arrivals to Thailand. ‘Other’s arriving in Thailand in 2017 numbered 11,517,782 out of the 35,381,210 tourist arrivals last year.

But, hardly a surprise, Chinese tourists were the Number One nation contributing tourists to Thailand with 9,805,753 arrivals, well on the way to exceed 10 million arrivals in 2018.

But, clearly, it’s Chinese tourist arrivals forming the backbone of tourism in Thailand, then followed by everyone else, contributing a massive 27.7% of all tourists to the Land of Smiles.

The Ministry of Tourism and Sports has released its audited account of tourists arrivals and is predicting the number of arrivals to grow further in 2018. This year the Ministry of Tourism and Sports has rolled out its ‘Open to New Shades’ campaign promoting the country’s gastronomy, nature, beaches, art and crafts, culture and way of life. The campaign’s advertising features same-sex couples and older travellers as it seeks to expand its tourist catchment beyond the back-packers and tour bus crowds. 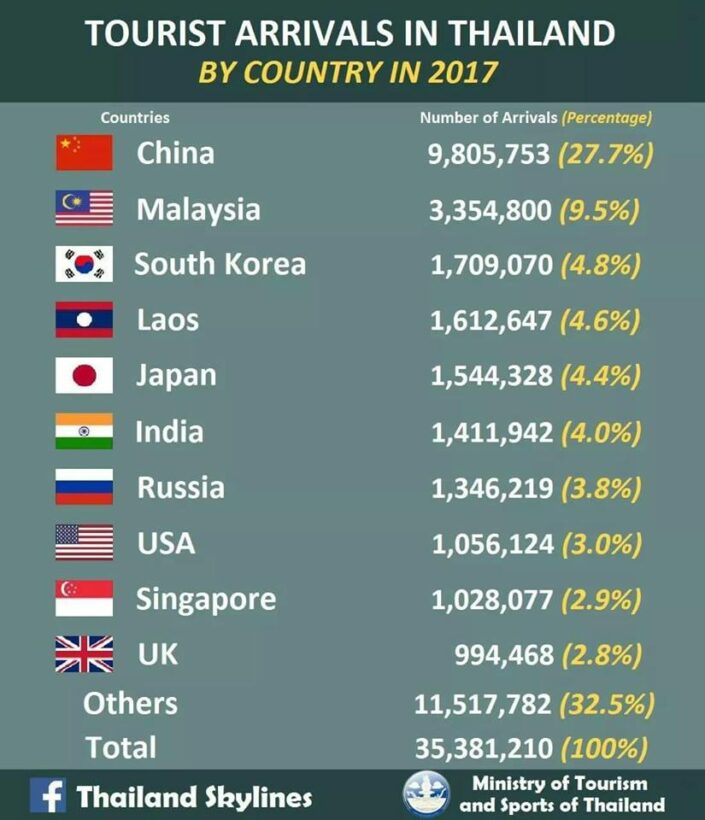 The Tourism Authority says that over the next 12 months the country will “spotlight unique local experiences in Thailand, including the country’s gastronomy, nature, beaches, art and crafts, culture and way of life. Some of these “shades” include Thailand’s Songkran Festival, the ten types of Pad Thai and various soups to enjoy. Among Thailand’s 77 provinces, there are at least 24 under the “12 hidden Gems Plus” cluster that has something to offer in terms of culture, heritage and cuisine.”

The campaign also seeks to promote lesser-known foodie experiences and destinations beyond the well-trodden routes of Bangkok, Phuket and Pattaya.

Bloomberg reports that Thailand’s relationship with Chinese tourists has sometimes been rocky.

“Visitor numbers collapsed toward the end of 2016, when the Thai administration cracked down on operators bringing in large groups from China on cut-price holidays. Those curbs were eventually eased and numbers have since rocketed.”