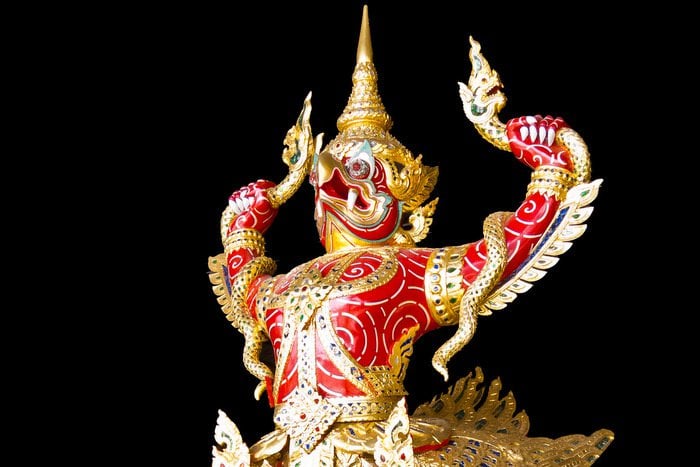 PHUKET: The Hikayat Merong Mahawangsa is an ancient book which chronicles the history of the Kedah state. Kedah is a Malaysian state bordering the south of Thailand. As recently as a century ago, the sultanate was in fact a tributary state of Siam. Sometimes referred to as The Kedah Annals, the Hikayat Merong Mahawangsa was translated by Lt Col James Low and published in The Journal of the Indian Archipelago in 1849.

In the journal, Col Low remarked that Kedah was a tributary of the Siamese Kingdom. It was fertile in grain, there was plenty of cattle, and the hills were rich in tin ore and possibly gold. Sultan Ahmed Sajoodin Halim Shah had given Col Low a copy of The Kedah Annals before his death.

In the journal, Col Low told of the late sultan’s fate. Heeding bad advice from his council, the sultan had been persuaded to betray Kedah’s allegiance with Siam. This led to a brutal invasion of Kedah by Siamese forces in the year 1821. The sultan fled and sought asylum in Penang, which at that time was under British protection.

The story of Sultan Ahmed is an interesting prelude to Col Low’s translation of the Hikayat Merong Mahawangsa. However, The Kedah Annals tell an even stranger, mystical story of Kedah’s origins.
The work begins with praises to the prophet Suliman, or Solomon, “to whom the dominion of the whole world and every living thing in it was entrusted by God”.

According to The Kedah Annals, there was a “king” of Rome who dispatched an ambassador named Merong Mahawangsa to China in order to negotiate a marriage between the king’s son and the Chinese emperor’s daughter. Merong Mahawangsa was said to have been a descendent from the demigods.

Mahawangsa was given a large fleet of ships by the king of Rome, in order to escort the Chinese princess back to his kingdom. But word reached the Garuda of this imminent alliance between the two kingdoms. The Garuda is a creature from Hindu mythology that is half bird, half man and possesses supernatural powers feared by all animals.

After the Ramayana wars, the Garuda was made to rule over the ruined island kingdom of Langka.

According to The Kedah Annals, the Garuda was displeased by the alliance of the two kingdoms. He flew to see King Suliman in order to ask the wise king to interdict the marriage between the Roman prince and the Chinese princess. But King Suliman, on hearing the Garuda’s pleas, replied that once a prince and princess are betrothed, it is not an easy matter to break off the alliance.

The Garuda was furious at King Suliman’s reply. He swore that he would stop the marriage alliance from ever happening. King Suliman was not able to convince the Garuda otherwise.

With its powerful wings, the Garuda lifted itself into the air and soared into the sky. It flew swiftly to the Chinese court, and into the inner garden sanctuary where the betrothed princess was picking flowers with her foster mother and a servant. The Garuda swooped in and, with its beak and talons, lifted all three of them into the sky and flew them to its kingdom, Langka. There, he took care of the princess, protected her and supplied her with every delicacy she desired.

In the meantime, the king of Rome had set sail with Merong Mahawangsa. Their fleet was bound for China. It is mentioned in the chronicles that the king of Rome touched at all ports which were under the empire of Rome. The embassies at each port received them with great respect.

Eventually the fleet travelled across the sea to India, where they reached the mouth of the Changong River. At this point, the Garuda, bent on destroying the expedition, raised a violent storm of wind, rain, thunder and lightning. The crew members of the fleet, fighting to keep their individual ships under control, could see the looming figure of the Garuda high above them.

The prince and ambassador Mahawangsa ordered his men to fire their guns and arrows at the direful bird, which could be seen approaching the fleet from the west. The arrows and ammunition had no effect – merely bouncing off the creature.

At this point, Mahawangsa strung his bow and let loose a magical arrow called Ayunan. When the Garuda saw what Mahawangsa was doing, it fled. The danger had passed for now, but Mahawangsa had lost three ships in his fleet.

The rest of the fleet cast anchor and waited to see if the Garuda would return, but they set sail the next day when it failed to return. After a few more days, the expedition reached Tavoy. Here, the Garuda again reappeared to try and destroy the fleet. It conjured a tempest of lightning and thunder. Again Mahawangsa used his magical arrow to chase the Garuda away, but not before the bird managed to destroy three more ships.

With no sign of the Garuda the next day, the remaining boats set sail again and eventually reached the city of Mrit. But at Mrit, the Garuda appeared again, attacking the fleet in a violent rage, destroying three more ships and killing every crewman on board.

Enraged at the loss of his men, Mahawangsa strung a third magical arrow and let it loose at the Garuda.

This time the arrow took on the form of a magical bird called Jintayu and it gave chase to the Garuda.
But after a while the creature turned on Jintaya, breathed fire on the magical bird and destroyed it.

However, the Garuda was shaken by Mahawangsa’s magical powers, and according to The Kedah Annals, for the next few days it left the shrunken fleet alone as it sailed away from Mrit.

Gardening: A shrub with no enemies – allamandas