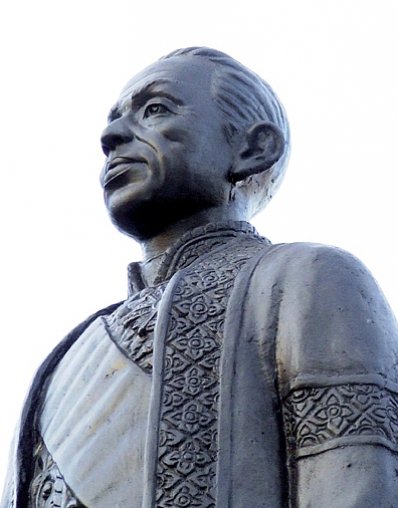 PHUKET: Diplomatic relations between Thailand and the United States date back to the early 19th century. The United States was founded only a few decades earlier, when thirteen of Great Britain’s colonies in the Americas declared their independence on July 2, 1776.

The USA was a young nation, more concerned with preserving its new found freedom than becoming a great empire like Britain and France.

Less than fifty years after the signing of the Declaration of Independence, the first American ship arrived in Bangkok in 1821. Ever since, the United States and Siam have maintained friendly diplomatic relationships towards each other, helped by the fact that the US never really had much ambition in Southeast Asia during that period. More worrisome were the Europeans who had maintained colonies in the region for hundreds of years.

After the arrival of the first American ship in Bangkok, more American merchants came to Siam to trade. Not many years later, an American named Captain Abel Coffin came across Eng and Chang, two brothers with an incredible anomaly. Eng and Chang (pronounced phonetically “in” and “jun) were twins. But, unlike most siblings, they were joined from the lower chest to the waist. Intrigued by what he saw, Capt. Coffin offered to take the boys back to America with him. In the year 1828, at only 17-years-old, Eng and Chang set sail for the United States. They became the first Thais to ever set foot on American soil.

Capt. Coffin toured with the Siamese twins and displayed them around Europe and America. He made a large profit for himself. However, in 1831 the twins left his custody and began touring the country on their own. They made quite a lot of money, and after eight years were able to buy a large piece of land in North Carolina. Both of them got married to two different women and fathered more than 10 children each, adopting the surname ‘Bunker’. In 1839 Eng and Chang received American citizenship. The twins died in 1874, having lived most of their lives in America.

The first formal treaty between the Kingdom of Siam and the USA was signed during the reign of King Rama III and the presidency of Andrew Jackson. Jackson sent Edmund Roberts as a US envoy to the court of King Rama III in the year 1833. Roberts carried a gift from the president, which he presented to the King in Bangkok. The gift was a beautiful gold sword that had an elephant and an eagle sculpted into the handle. The treaty that Roberts signed in 1833 became known as the “Treaty of Amity and Commerce”.

After Edmund Roberts, Townsend Harris was the next American envoy to travel to Siam. He arrived in Bangkok in 1856, during the reign of King Rama IV, and signed a second treaty with Siam in the name of President James Buchanan.

This revised treaty proclaimed that there would henceforth be “perpetual peace and friendship” between the two nations. The treaty also extended full royal protection to any American citizen that visited Siam.

The treaty paved the way for the appointment of an American consul in Bangkok. In case any American citizen breached Siamese law, they would be handed over to the American consul to be dealt with. Americans were also extended the right to freely practice their religion and establish places of worship.

They were also allowed to hire Siamese servants to serve their households. Furthermore, it laid out the rights of American traders, the protocols for ships entering the capital, and the tariffs on importing and exporting goods between American and Siamese merchants.

Abraham Lincoln succeeded James Buchanan as President of the United States in 1860. A year later, the American Civil War erupted and Lincoln was forced to enter into a long and bloody conflict against his fellow countrymen.

During the American Civil War, a letter arrived in Washington. Addressed to the US President, it was from King Rama IV of Siam. The King offered to send the president a herd of elephants so that they could be bred in America.

Because it was during the Civil War, many interpreted that the king meant to give Lincoln the elephants for use in the Civil War against the confederates.

However, the letter was written a few months before the Civil War started. Also, it wasn’t addressed to Lincoln, but to former president James Buchanan. It turned out that King Rama IV did offer to send a herd of elephants to the US president, but their purpose was not for war. It was to be used as beasts of burden and a means of transport.

When Lincoln received the letter, he was asked by an advisor what the elephants could be used for and in jest, he said he did not know, unless they could be used to stamp out the rebellion.

In his reply, President Lincoln politely declined the King’s offer.

“Our political jurisdiction does not reach a latitude so low as to favor the multiplication of the elephant,” Lincoln stated in his letter.

It meant that America was not as close to the equator as Siam and that the cold climate would not be suitable for elephants to thrive in.

“And steam on land, as well as on water, has been our best and most efficient agent of transportation in internal commerce,” Lincoln added in his letter.

Anand Singh is an avid Phuket historian. If you have any comments or questions about Phuket history, click here.