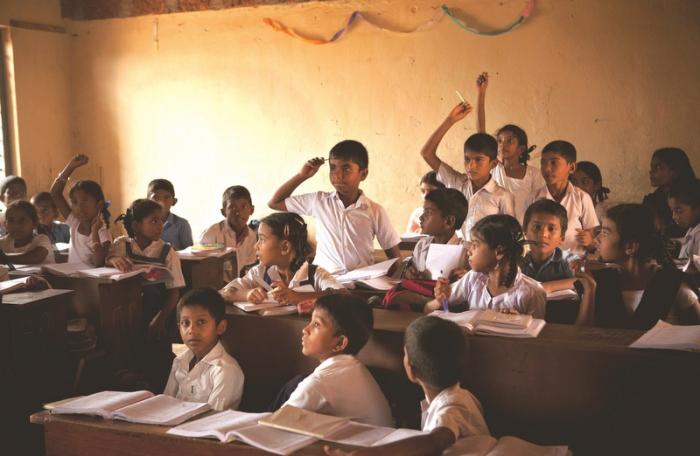 PHUKET: The Thai education system was recently featured in the Economist. The article, titled ‘Poor schools are at the heart of Thailand’s political malaise‘, was published on January 19, 2017 and discussed Thailand’s international education rankings in the recently released ‘Program for International Student Assessment’ (PISA). Thailand’s scores have plunged to an overall ranking of 54 out of 70 assessed countries. PISA has found that one-third of Thailand’s 15-year-olds are “functionally illiterate”.

I decided to talk to my friend, Eric Guzman, who teaches at a school in Rayong, about what he believes is the cause of students scoring so poorly in international assessments. He talked to a few of his fellow teachers who gave some valuable input, but wished to remain anonymous.

“One Thai teacher says that he recognizes the benefits and drawbacks of the Thai educational system. However, he added that the annual policy changes instituted by successive Thai governments makes it difficult for teachers to develop a lesson plan. Teachers are uncertain whether a new government edict will remain or change. Another difficulty is old policies remaining in place despite new policies being instituted, which creates more confusion,” says Mr Guzman.

“A tangent to this issue is the proliferation of celebrations and holiday programs that take children out of the classroom. There are weekly events including sports week, scout’s week, Western culture week, and programs commemorating Thai holidays,” he adds.

Some foreign teachers question the frequency of these programs which occur multiple times a month. During these programs, many children are taken out of the classroom and the classes are actually canceled. While the programs are fun, they interfere with students’ academic progress.

Additional government programs reduce the amount of time available while increasing the teachers’ workloads. Many Thai teachers feel overburdened with paperwork, which reduces their ability to focus on their students’ learning. This is compounded when they have to deal with so many students who make no attempt to learn.

One Thai teacher remarked that he thinks the most common problem among Thai students is laziness. He said, “Many kids, especially boys, are only interested in playing games. They seem to get bored easily with discussion and are only attentive during the first few minutes in class.”

“Despite my limited teaching experience, I concur. Most students become idle when they lack the drive and motivation to study. It is the role of teachers to continually entertain and educate students. During the course of a year, I am required to continually develop new action plans to keep the students engaged in learning. This task is not easy and over time can be exhausting. I empathize with some teachers who have reverted to the old Thai teaching method of rote memorization.

“One large challenge to teachers is Thailand’s ‘no-fail’ policy. Even if the student does not show up in class, teachers have to provide minimal scores to allow the student to pass. Many students recognize that regardless of their performance in the classroom, they will inevitably move on to the next level at the end of the school year.

“I love my job and enjoy being with my students. However, changes should be made to the Thai education system to reduce government edicts and allow local schools more freedom. In a system where teachers feel overburdened with bureaucracy and where apathetic students are still allowed to pass, the passion in the hearts of many young teachers is quickly extinguished,” Mr Guman says.

Robert R Virasin is a licenced US Attorney and managing director of Virasin & Partners. He can be reached at www.virasin.com. Eric John de Guzman is a teacher at a public secondary school in Rayong, Thailand.

SNAKES! But not all snakes are deadly, most aren’t