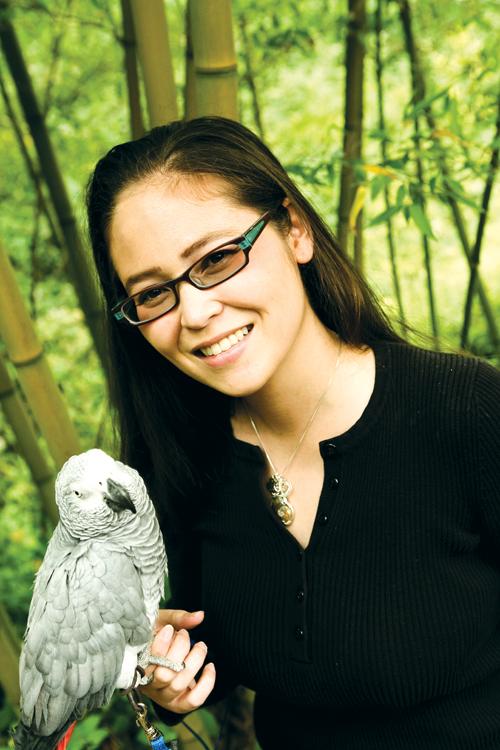 PHUKET: Teachers and students of the Prince of Songkla University, Phuket College joined by representatives of the US Embassy, recently welcomed Erin Hoffman, an American video game designer and book author who came to Phuket to conduct a workshop on game designing.

Erin Hoffman is a lead game designer at the Institute of Play’s Glasslab project –which is focused on introducing educational elements into computer games. Erin is also a novelist; her latest fantasy novel, Shield of Sea and Space was published this year. Born in San Diego, Erin still lives in California. She started programing when she was just 14 years old.

The Phuket Gazette spoke to Erin before the workshop to ask her about her creative approach to both game design and writing:

What is your inspiration when creating games?

Erin: I like animal games – I like systems, biology and the way that biology can be introduced into game mechanics and game systems. I love online game design and people connecting with each other through the Internet. I wrote six or seven online games, not counting mobile [telephone based] games.

What motivates you to write a fiction?

What do you enjoy about writing fiction?

It is a connection between people. When you write something, like the books that I write, people read them and they feel very connected to me. I also enjoy giving people an experience they can not have in reality.

What are the most important elements of good game design?

There are two kinds of game designers, those who make games that they want to play and those who make games that other people want to play. These [second type of designers] are reacting more to other people needs. I think that the most important thing is being able to put a game in front of a person, watch them play it and observe if they are confused, or understand the game and learn from that experience.

What can a novel writer teach to a game designer?

Books have a much greater sense of pacing, they are full of twists and climaxes. Games often don’t have that sense, their pacing can be off. The way that you get introduced to a concept can be either too fast or too slow. I think that the story telling of a novel can give a game a better sense of pacing, games that have a very good story also tend to be better paced.

What are you working on right now?

I’m working on an educational game. It will teach argumentation, logical thinking and how to evaluate if something that somebody tells you is true or not, whether it has evidence that supports it, so when children grow up and they are listening to the news, they can evaluate whether they agree with it or not. It will be a free tablet game.

What do you expect from this workshop?

I’m hoping to learn a lot from the students in Phuket. About what they want to be doing in games. I’m very interested in what kinds of games people in Thailand want to make if they could make games based on their own experiences. I’m travelling to the different universities, trying to connect with students to see what ideas are out there.

Enjoy the fruits of your labor – Phuket Gardening