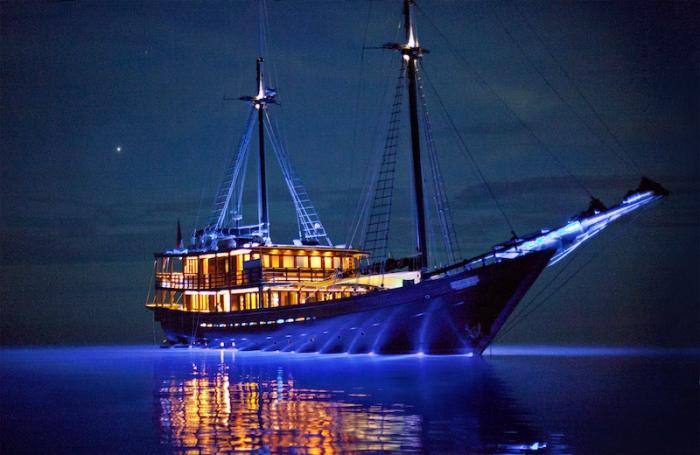 PHUKET: Indonesian charter yacht S/Y Dunia Baru will help kick off the 16th annual Asia Superyacht Rendezvous for the first time this year. The 51m phinisi-style sailing yacht will be hosting the opening cocktail reception. Running from 16-18 December in Phuket, the Asia Superyacht Rendezvous is one of the largest gatherings of extra-large sailing and motor-yachts in the region, bringing together Asia’s yachting community for three days of friendly competition.

“We are thrilled to be taking part in the Asia Superyacht Rendezvous for the first time this year and to be hosting the opening cocktail party on board Dunia Baru,” says the yacht’s owner, Mark Robba.

“For me as a superyacht owner, there are few cruising grounds in the world as beautiful as those in Southeast Asia. Every day is an adventure and an opportunity to escape and experience something new. I’m glad we can join the other yachts, owners, VIP guests and crew at the Rendezvous in its celebration of yachting in this region before we make our way to Myanmar for some new adventures and charter.”

This year’s Rendezvous will be hosted at the award-winning SALA Phuket Resort & Spa, a five-star resort situated on Mai Khao Beach. Highlights over the three days will include the opening cocktail party on board Dunia Baru – a chance for guests to participate in the ‘Rendezvous Challenge’ of model boat building and races, the ‘Pirate’s Booty’ treasure hunt and a VIP Gala Dinner on the final evening.

“As the organizers of the Asia Superyacht Rendezvous, we are very excited that Dunia Baru has agreed to be the host yacht for this year’s opening cocktail party,” says Gordon Fernandes, one of the event’s longtime organizers, alongside Captain Charlie Dwyer.

“All phinisi yachts offer guests an unrivalled experience due to the charm of their traditional build, but Dunia Baru takes this to the next level. We’re very happy the invited guests will have the chance to view Dunia Baru in all of her glory while at anchor outside Rendezvous host hotel, SALA Phuket Resort & Spa.”

The opening party will be a precursor to the start of the following morning’s superyacht sailing races, which will be on a course marked by participating motoryachts.

Following the Rendezvous, Dunia Baru will make her way to the cruising grounds of Myanmar, where she will be available for charter through 37 South.

Culinary fest, tourism fair to be held in Phuket