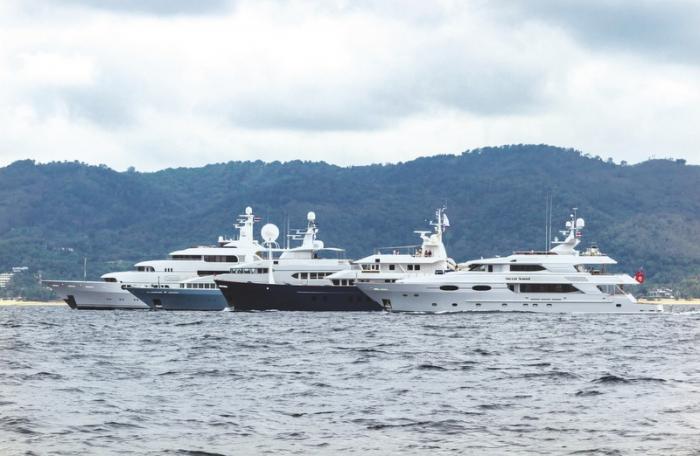 ASR 2016 co-sponsor Benetti Yachts, along with Asia Pacific Superyachts, Lux Media Group and a range of high-end sponsors, as well as global and national media partners, join organizers in announcing the first ever ‘Rendezvous Cup’ award for the overall ASR Race Winner.

The races are to take place off the 9km long Mai Khao Beach.

Among the participating yachts at ASR 2016 will be the schooner Dallinghoo. This full-keel topsail gaff-rigged yacht combines the classic design and romantic feel of a tall ship with all the comforts of a modern yacht.

Gordon Fernandes of the Asia Pacific Superyachts Phuket Office, along with co-organizer Captain Charlie Dwyer, say that it is a privilege to be affiliated with an international superyacht sailing regatta that attracts some of the world’s top performing sailors during the ASR. They also encourage pleasure sailors to sail around the course.

The event begins on December 16 with an opening night cocktail party for owners and captains aboard the beautiful phinisi-style Dunia Baru, before the next day’s opening race. The historic two days of racing will culminate with the awarding of the ASR Race Winner’s Cup ceremony at the closing VIP Gala Dinner.

Mr Fernandes said this year’s line-up of sponsors and media partners are recognized for their active support.

“Sponsorship of a successful world-class superyacht social and racing event is one of the best branding investments a corporation can make as it reflects the status and credibility of the company. This year will be even better and we are expecting thrilling races from the some of the world’s finest superyachts and best sailors,” he said.

For an invitation to join ASR 2016, email gordon@asia-pacific-superyachts.com. For the schedule, photo history and race/social events, visit asia-superyacht-rendezvous.com.

The Phuket Gazette is proud to be a media partner in this event.