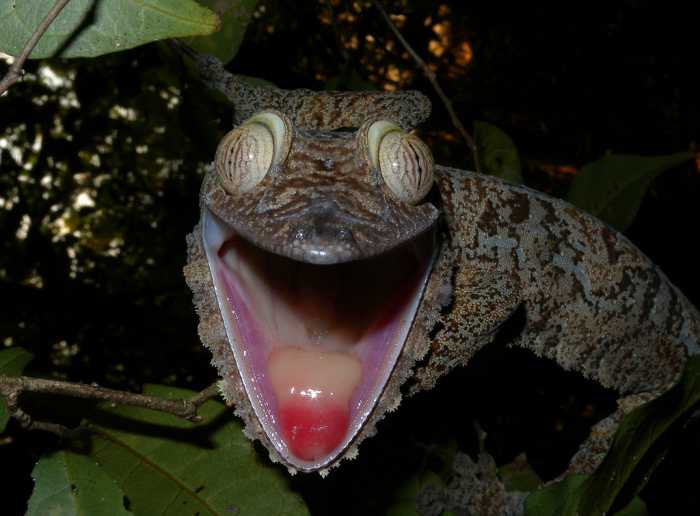 (Synopsis: Nerdy high school student Worrawit Worrawitworraworrapong (“Worry”) is in love with head cheerleader Titiporn Hubbahubbakul (“Titi”), but is competing for her favors with chief athlete Spermsak Bongkalot (“Stud”). Worry’s secret identity is Geckoman, the hero of this epic; Stud’s is Cockroachman, the villain. Both have learned that leading terrorist Omar al-Moron (“Som-O”) is holed up at the Bedbugs Galore Guesthouse, fiendishly plotting against Phuket).

The Lightning Lizard skitters to the Bedbugs Galore Guesthouse to neutralize the villain before he can strike. But Som-O and Cockroachman have joined forces to form an Axis of Evil (also known as a Nexus of Nastiness) against the Righteous Reptile. Mobilizing the many bedbugs who infest the guesthouse, Cockroachman orders them to attack his nemesis as soon as he appears.

But the charismatic gecko is not easily foiled. Seizing a can of Raid that is conveniently at hand, he blasts the bedbugs and quickly gulps them down. When Cockroachman attacks him, hissing and yowling (okay, so cockroaches don’t hiss and yowl – let’s have a little artistic licence here, please, folks), the ballsy bug-eater zaps him with Raid.

The insidious insect falls gasping and gagging to the floor, thrashing about in his death throes, defiling the environment with unseemly excretions, making a complete mess before he dies.

At this juncture, Som-O appears, seizes the prostrate maiden (well, she might be a former maiden, but we can’t be sure), and whips out his scimitar. “One false move and she dies, lizzie,” the terrorist snarls.

If there’s one thing the wondrous wallwalker can’t stand, it’s to be called lizzie. But with a ridiculous nickname like the Lightning Lizard, what can he expect?

“You just made one big bad boo-boo, dude,” the implacable insectivore hisses through clenched jaws. He sweeps up a half-eaten pork chop from a plate of leftovers lying in the hallway, and hurls it at the fiend.

“Aaarrrggghhhh!” the bad guy recoils in horror. The leaping lizard knocks him out, ties him up and leaves him to await the arrival of the Phuket Tourist Police.

As the saga ends, Geckoman and Titi, arm in arm, retire to a quiet chamber in the Bedbugs Galore Guesthouse to consummate their relationship.

Soon to be made into a blockbuster movie by NightmareWorks, starring John Malkovich as Geckoman, Dwayne Johnson as Cockroachman and Britney Spears as Titi, with Matt Damon putting in a cameo appearance as the evil Som-O.