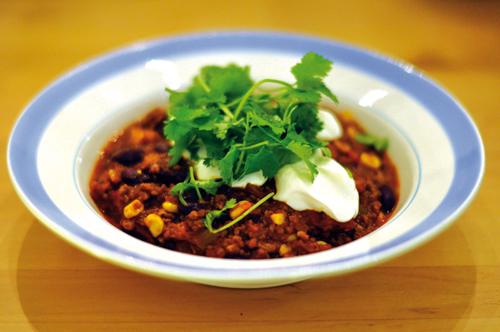 PHUKET: If you are from the Southwestern part of the United States, you already know what a chili cook-off is. However, given that expats in Phuket from that part of the country
probably number less than a couple of dozen, maybe an explanation is due.

A chili cook-off, as described by Wikipedia , is a social event, similar to a barbecue, in which competitors prepare their own particular recipe for chili con carne and submit it for tasting. A cook-off may be in an informal gathering with the single goal of sharing recipes and enjoying food, or it may be a large-scale event with an official panel of judges and substantial prizes for winners.

Chili Heads have organized themselves through the Chili Appreciation Society International (CASI), of which your author is a proud member. CASI promotes and sanctions cook-offs, a staggering 550 per year. Their website currently lists 108 chili cook-offs taking place in the next few months throughout 18 states in Southwestern USA, along with Canada and Mexico. These events take place in such colorful places as Telephone and Geronimo in Texas, Chugwater, Wyoming and Tombstone, Arizona. CASI, along with their sister organization the International Chili Society, have raised millions for charities.

Although claims to the first chili cook-off are about as prevalent as claims of the first or best som tum, one can imagine a couple of cowboys after a few cervezas (beers), arguing that “my chili is better than your chili”. Thus, the first chili-cook-off was born.

The judges of Phuket’s own Great Burnin’ Bum Chili Cook-off will judge the various chilis on color, aroma, taste and the all-important after taste. In the interest of time, another characteristic of good chili, the after-glow, which comes quite some time after ingestion will not be a criteria for the judges.

The World Championship Chili Cook-off takes place in November each year in Terlingua, Texas, an old mining ghost town near the US-Mexico border. Terlingua is located adjacent to Carroll Shelby’s ranch, a spread of 550,000 rai (yep, this is Texas). Carroll was one of the founders of the first Terlingua cook-off. You may remember Carroll as the developer of the Shelby Cobra sports cars of the 1960s and 70s. This year marks the 46th year of the Terlingua Chili Cook-off.

One of the sidelights of the Terlingua Cook-off a couple of years ago was the inclusion of a Mexican fence climbing contest in honor of the planned US border fence between Juarez, Mexico and El Paso, Texas. It was rumored that the organizers paid illegal Mexican immigrants US$5 per day to erect the fence. Needless to say, the Terlingua cook-off is not on the official list of US events promoted by the Department of the Interior (our TAT).

But you don’t have to travel to Texas, or even the USA to enjoy a chili cook-off. Phuket will be hosting its very own Great Burnin’ Bum Chili Cook-off at the US Independence Day celebration sponsored by the Navy League-Phuket, at the Air Park on July 6. Y’all come on out and join us. We’re also negotiating with the cook-off contestants to make their recipes available to anyone asking.

Chili, or more formally, chili con carne, is a staple of the Southwestern American diet. Much like the position tom yum kung enjoys in Thai cuisine. This debate over beans or no beans has been raging for years and has divided the chili world into the red shirts (with beans), and the yellow shirts (no beans). You don’t need to declare your colors when you come out to the Air Park as we’ll be sampling both ‘red shirt’ and ‘yellow shirt’ chili.

If you can’t make it to Terlingua this year, come on down to the Great Burnin’ Bum Chili Cook-off at the Air Park on July 6 and cast your vote for the “People’s Choice” best chili.

The Phuket Air Park Family Picnic and Airshow is proudly sponsored by the Phuket Gazette, PGTV and the nationally televised ‘Phuket Today‘ show on True Visions. ‘Phuket Today‘, co-produced by PGTV and MCOT World, will be covering this event. The weekly half-hour show runs eight times a week, every week, on channels 99 and 58.

Phuket’s Black & Blue brings those blues to you