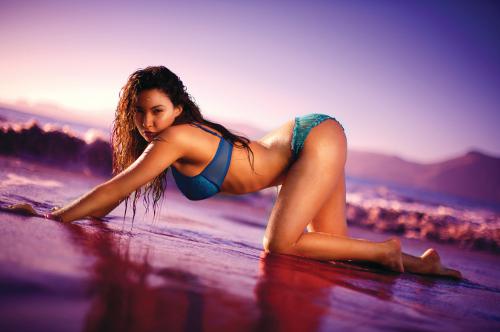 PHUKET: International recording artist, TV host and world peace ambassador Charles Dupois arrived Phuket on January 15, along with One World Music Film & TV Managing Executive Producer Kerry Crinis, to scout for various locations and islands that may be suitable for the filming of what they say will be a controversial new reality TV Series: Bikini Island-Reality TV.

If 24-hour parties, the companionship of beautiful women or handsome men in tropical surroundings are your thing, Bikini Island-Reality TV might the program for you. It is not about falling in love (although this is bound to happen); it’s a full-on, 28-day party, culminating in a seven day elimination process, where 150 contestants will begin to eliminate each other down to the winning couple – who will receive US$250,000 in hard cash.

The concept of the show is very simple; two women to every man. The women will stay in shared accommodation, and the men – on their own. This 13-week series will be filmed on a secret tropical island resort in 2014/15.

The show will bring together 100 gorgeous handpicked single woman and 50 successful bachelors from across the globe. Many exciting activities will await them, such as the recreation of Thailand’s infamous full moon party and the non-stop party atmosphere of Ibiza. There will also be various daily activities of scheduled partying, challenges and high-jinx planned as the background for the courtship of the hapless singles.

But there’s more – a number of spies will be placed on the island, unknown to everyone except the producers. Their task, to create conflicts and confusion. A spy may be a he or she, or both. Viewers will have to watch out for the betrayals that will occur in the inevitable affairs of the heart.

On the 28th day of filming, one lucky female and male contestant, who have been voted as achieving the most bonded and compatible relationship, will be announced as winners of the $250,000 in prize money, as well as receiving an international trip together for seven nights to any destination in the world.

The girls shall be cast from Brazil, Spain, Scandinavia, Italy, UK, Germany, USA, France, Russia, Ukraine, and several other countries. The female contestants must be between the ages of 18 and 35, be single, have a great personality and of course look great in a bikini. The male contestants must be attractive, single, 25 to 45 years of age, and have a great personality.