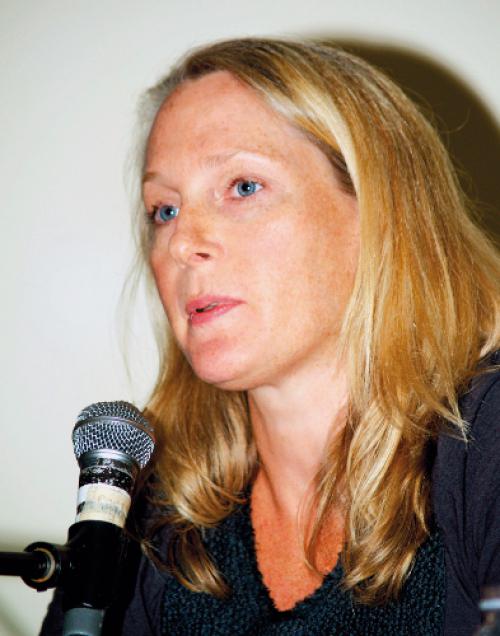 PHUKET: Piper Kerman’s memoir Orange is the New Black (Spiegel & Grau, New York, 2011, 327pp) is a charming and tender account of her year in prison. The focus is on her fellow inmates with whom she comes to share a hard-earned solidarity of love and respect.

Now a popular TV mini-series in the US, Orange is the New Black takes place in the women’s minimum security prison at Danbury, Connecticut. Half the inmates are Latinas (or “Spanish” as they prefer), the other half are divided equally between black and white.

Most are low level, non-violent drug offenders. They are loosely segregated into three dorms. “A Dorm was known as ‘the Suburbs’, B Dorm was dubbed ‘the Ghetto’ and C Dorm was ‘Spanish Harlem’.” In time the author would move smoothly among them, settling in B Dorm with her “bunkie”, a respected Jamaican baker known as “Miss Malcolm”.

Thirty-four years old, a blond-haired, blue-eyed graduate of Smith, Piper Kerman surrenders at Danbury for the crime of being a cash courier for a drug ring on a flight from Chicago to Brussels. In 1994 she was the lesbian lover of the ringleader, partying in Europe and Asia. She escapes to San Francisco, meets her fiance Larry and is settled in New York five years later when federal customs agents come knocking on her door. Drug conspiracy charges percolate for another five years till she turns up at Danbury for a plea-bargained sentence of 15 months.

Danbury is hardly a “gladiator school” prison rife with violence and rape. Still the mind-numbing routines, drudgery, petty rules, noise, overcrowding, starchy food and sullen authority of the guards come as a shock to the new inmate, #11187-424.

“It was a weird place, the all-female society with a handful of strange men, the military-style living, the predominant “ghetto” vibe (both urban and rural) through a female lens, the mix of every age from silly young girls to old grandmas, all thrown together with varying levels of tolerance. Crazy concentrations of people inspire crazy behavior.”

But under the tutelage of her new friends – Pop, Nina, Annette, Jae, Little Janet, Yoga Janet, Miss Malcolm – she learns how to do time. Construction work, endless laps around the running track, and yoga classes render her physically and mentally fit. She lives for visits, weekly with Larry, bi-weekly with her mother and often with friends who bring her books, lots of books.

Kerman is a graceful writer, providing thumbnail portraits of the friends she comes to rely on: wife of a Russian gangster, Pop ran the prison kitchen. “Pop was a source of wonder and mystery and revelation… who would help me do my time in every sense of the word, who would baby me when I needed it most and tell me to suck it up and get tough when there was no other option.”

“Miss Malcolm had the respect of everyone in B Dorm and as I was clearly not going to give her any trouble, she seemed to take to me too. Despite her reserve and discretion, she had a dry but lively sense of humor and treated me to her sharp, sidelong observations on our daily life in B Dorm: “You in the Ghetto now, bunkie!”

Yoga Janet was another middle class drug criminal, fifty-ish, tall, fair and striking: “a world traveler, a classic eco-peacenik intellectual, a fitness fanatic and yoga expert and a devout Buddhist possessed of a wry sense of humor, all incredibly welcome attributes…”

Other friends range from Sister Platte, a pacifist nun, to Vanessa, a 6’4″ transsexual diva. Piper misses them all badly when, near the end of her sentence, she’s transferred via Con Air to grim impersonal jails in Oklahoma City and Chicago where she makes a final court appearance.

But at last she is out on the street where Larry is waiting for her. “And then I was running, as fast as I could. No one could stop me.”