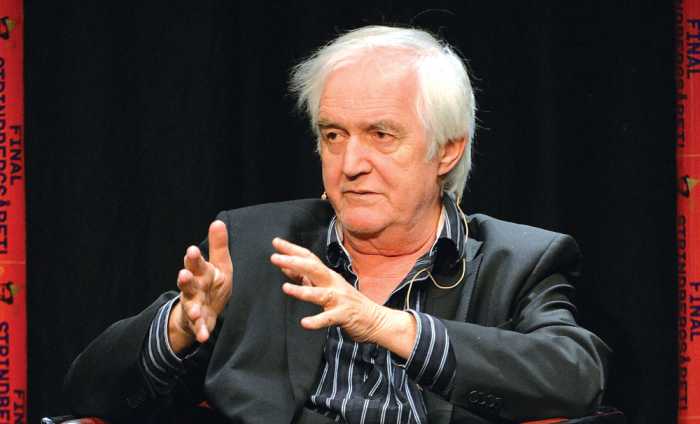 PHUKET: I picked up Henning Mankell’s A Treacherous Paradise (Knopf, New York, 2013, 360pp) because I was interested in reading a novel about Mozambique. It was only later that I learned that Henning Mankell is part of a coterie of Swedish crime writers who have recently attained international popularity. His Detective Kurt Wallander mystery series has been translated into 40 languages. He has also written eight literary novels.

His most recent, A Treacherous Paradise, is a towering mediocrity, an interminable bore, an amateurish mishmash of clumsy sentences, creaking plot and cartoonish characters. Henning Mankell is a gentleman of the political left, long cozy with the Marxist government that threw off Portuguese colonialism in Mozambique. The characters of his novel are black and white – black being good, white being evil.

The book’s sole virtue is its heroine, Hanna Renstrom, who grew up cold and hungry in the northern mountains of Sweden and is dispatched in 1904 by her widowed mother to seek her fortune in the little port city of Sundsvall. Here, she ships out as a cook on a lumber steamer bound for Australia. In Algiers she marries the ship’s second mate and in Lourenco Marques, capital of Mozambique, her new husband dies of fever, leaving Hanna widowed at the age of 18.

She jumps ship and checks into the Paradise Hotel where she falls ill from a miscarriage. Later, she realizes that she is living in the city’s most popular brothel, a lone white woman amid a score of black prostitutes. Here would be a chance for a parade of colorful characters, but the whores and their white clients are mostly left in the background, except for the good-hearted Felicia. Oh, and there’s also a chimpanzee named Carlos who works as a waiter.

The author conveys no sense of place for Lourenco Marques, no insight into the populace other than that the whites are insufferably arrogant and the blacks won’t look the whites in the eyes.

The brothel owner, Senhor Vaz, is a fair man who lets his whores keep half their earnings. Though he barely comes up to Hanna’s shoulder, she accepts his proposal of marriage. He turns out to be impotent. When Hanna slips him an aphrodisiac, he dies. Hanna is suddenly a wealthy woman.

Before he died, Senhor Vaz had advised Hanna to seek business advice from prosperous merchant Pedro Pimenta, who breeds guard dogs and crocodiles at his farm. Scandalizing the white community, Pedro has an African wife named Isabel and two children whom he dotes on. Hanna happens to be at his farm when Pedro’s white wife turns up from Portugal with her own two children in tow. What follows is a very clunky murder scene:

“It was Isabel who progressed from words to action. Lying on the table was a knife that Pimenta used to carve small wooden sculptures, which he burnt when they were finished. She grabbed the knife and thrust it deep into Pimenta’s chest, pulled it out, then stabbed him again. Hanna thought she could count up to at least 10 deep wounds before Pimenta’s body slowly slithered down onto the floor of the veranda. Isabel took her children and disappeared into the house.”

Isabel is then consigned to a cell in the Portuguese fort. The final third of the novel revolves around Hanna’s efforts to help her. There are more clunky murders, including that of the chimp Carlos. The ending is utterly unsatisfactory.

Mankell’s narrative tone remains as didactic as Karl Marx. When Hanna enters black slums for the first time in search of Isabel’s parents, “it came as a shock to her to discover the conditions in which black people lived. She discovered squalor and suffering way beyond her imagination…

But after a few days she noticed something else when she made her repeated visits to the black settlements. She discovered an unexpected lust for life among the poorest of the poor. The slightest reason for feeling joy was not tossed disdainfully aside, but seized with both hands. People supported one another, even though they had virtually nothing that they could share.”

This passage is typical. Mankell constantly tells us opinions and shows us nothing. A Treacherous Paradise is a painfully bad read.

When in Rome, read Hughes