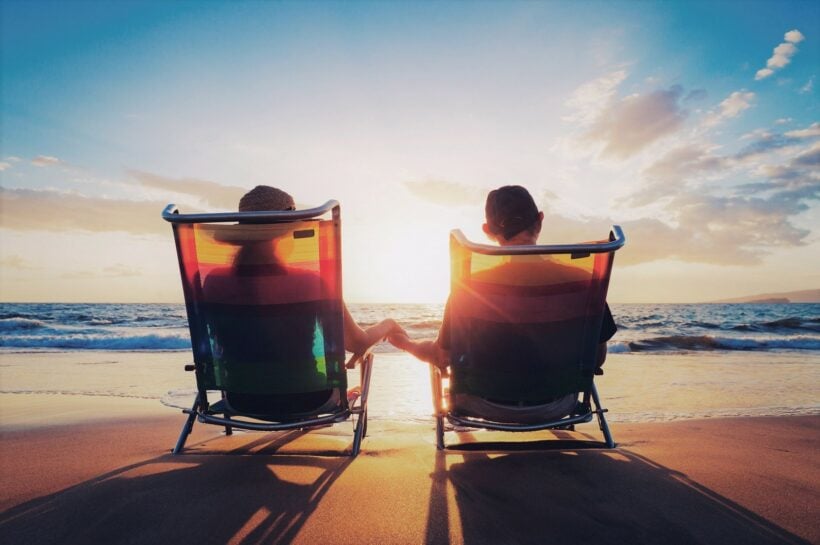 Retiring in Thailand has always been a double-edged sword – on one hand the lifestyle, inexpensive living and culture. On the other, the prospect of lonely later years without the trampoline safety of adequate healthcare and services.

But there are now a growing list of companies looking to address the needs of the growing expat and retiree population attracted to the Land of Smiles as a destination for their later years. Whilst the situation is better for Thais, with a culture of caring for older family members, there’s also a growing population of single Thais ageing without support – financial or social.

Thai businessman Boon Vasin has put US$500 million into his latest venture to provide a retirement village for ageing Thais or anyone willing to invest in his homes. He has a vested interest – he’s already 79 years old.

Reuters reports that Khun Boon is cashed up and ready to make getting older a lighter stress in Thailand than in the past.

“We will look after them from their waking hours until they go to sleep,” said Boon, chairman of the Thonburi Healthcare Group. (Read more about the group HERE.)

500 retirement villas are being constructed at the purpose-built facility to the east of Bangkok. They will cost US$130,000 plus monthly fees of up to 8,000 baht which will cover meals, services and excursions.

China and Thailand are ageing much faster than their regional counterparts. Reuters report that by 2040 Thailand is expected to have the highest share of elderly people of any developing country in the region – this from the World Bank.

Thailand already has 7.5 million people aged 65 and over. This figure is expected to grow to 17 million by 2040, at that stage the over 65s will fill whopping quarter of the total Thai population.

Birth rates are expected to fall, improved medical care, a broader diet and access to better lifestyle information are fuelling the demographic changes. In 1960 a typical Thai mother had six children. By 2015 that had fallen to 1.5 children per Thai mum.

In typical asian families it was understood the elderly would stay at home under the same roof. But in Thailand, like many other fast-growing economies in Asia, there has been a dramatic shift as populations continue to migrate to the urban centres from the countryside and housing large families under more expensive roofs becomes impractical.

Khun Boon says he’s focusing on people with an income of over 100,000 baht a month – Thai and foreigners. He is hoping to sell at least 20 percent of the project to foreigners. He says he is getting particular interest from Chinese and Japanese buyers aided by a partnership with Shanghai Losen Sale who are hoping to sell up to 90 units in the complex.

Four of Thailand’s largest real estate developers – Nye Estate, Chewathai, L.P.N. Development and CH. Karnchang – have also announced plans to launch Kamala Senior Living, a new benchmark of luxury senior living village that says will offer its residents a dynamic and exclusive lifestyle within a secure village on the island of Phuket.

Located on the island’s west coast, ‘Kamala Senior Living’ will offer a full complement of amenities and concierge services. The village will be managed and operated by Otium Living, an international senior living specialist with both an experienced management team and with consultancy from Audley Group, the number one developer and operator of luxury retirement villages in the UK.

Ornruedi Na-Ranong, Chief Executive Officer of Nye Estate says that aging societies in many regions across the world continue to create growing demand for diversified senior living options with high quality facilities and amenities. Read more about this project HERE.