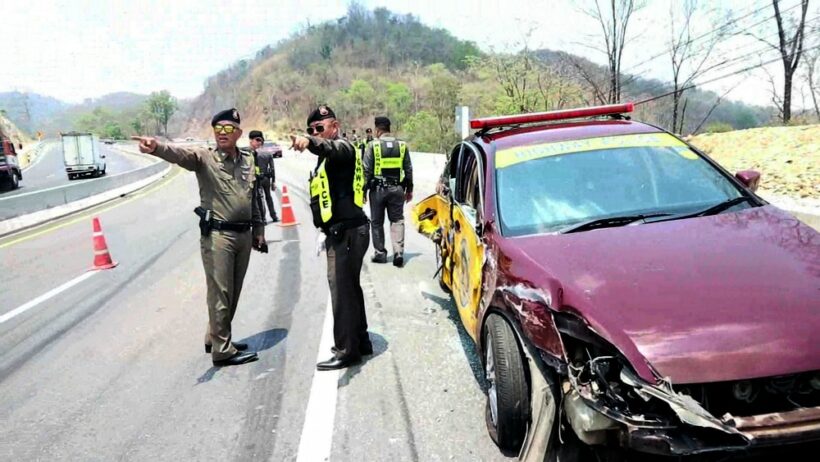 Two fatal bus accidents have taken place at exactly the same spot in Tak province within a 12 hour period topping off a horror two weeks for buses and passenger vans on Thai roads. And Songkran starts tomorrow, the most dangerous time on Thailand’s roads each year.

Victims of the second tragedy were actually officials inspecting the scene of the first accident, which caused six deaths and injured at least 30 people late on Monday night.

“Manida Thankijrungroj, a female labour official, was killed instantly in the second incident, while Pol Captain Sanya Phumkomsan, a highway official, and another man were injured”.

According to Samoraphum, the first accident involved a bus carrying Myanmar workers . Officials from various agencies then gathered to inspect the scene and gather evidence.

“As officials were working at the spot, another bus sped down a hill, lost control, banged into a highway-police vehicle before crashing further into traffic barriers,” Samoraphum said.

He said officials began running for their lives when they saw the bus coming down the hill – but for some, the vehicle had been travelling too fast for them to get out of the way.

Samoraphum said the bus driver was now being detained for interrogation and faced further legal proceedings. 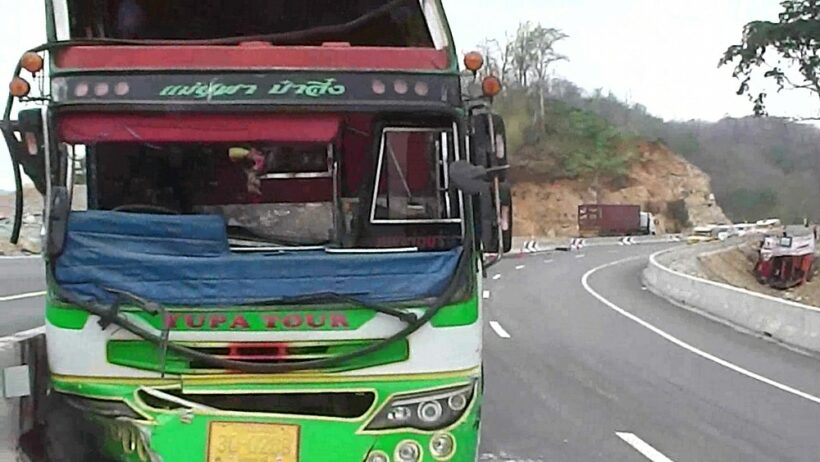 “This bus was returning from Mae Sot, where it dropped off its Myanmar passengers,” he said.

As of press time, 12 victims of the first bus accident remained hospitalised with severe injuries.

“Some 18 others were released from hospitals after receiving treatment,” Samoraphum said. The bus involved in the first accident had been taking Myanmar workers from Tak to Chachoengsao when the driver lost control and crashed down a roadside hill on Monday night. Pol Capt Kiarttisak Boonplong, deputy inspector of Mae Thor police, said that accident happened at 10.51pm on the Mae Sot-Tak road at the kilometre marker No 68+200 in Tambon Mae Thor in Muang district.

40 year old bus driver Pisit Thanathakpasit told police he could not slow down at the bend. He said he attempted to drive the bus against the roadside concrete barrier to slow it down but it eventually plunged off the road and crashed about five metres down the hillside.

Police suspect the driver was speeding and his brakes failed.

Late last month, a chartered double-decker bus taking 47 registered Myanmar workers to Pathum Thani province caught fire in Tak’s Muang district, killing 20 people who were trapped inside. Rescuers said the 20 badly burned bodies were found piled up on one another near the exit doors.