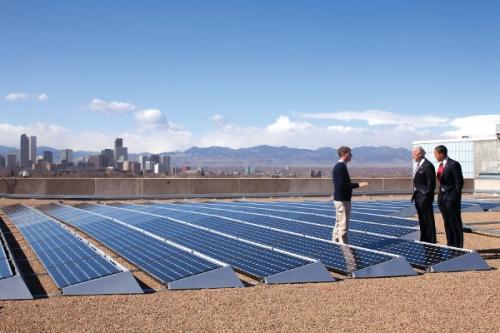 PHUKET: We modern Homo Sapiens are addicted to energy. Energy is the main driver for development and economic growth and for over a century, we have been powering our addiction with fossil fuels.

As someone that comes from an oil producing country and having worked with different indigenous communities in the Ecuadorian Amazon that have been affected by oil production, I have seen the decline of their livelihoods, environmental resources, culture and the triggering of different types of diseases.

You don’t need to be a scientist or a PhD to realize that it has been a fiasco; we have caused irreparable damages to our environment and have put our future generations at grave risk. This is why I believe renewable energy resources hold promises for the development toward a more sustainable future, a future in which we can live in harmony with pachamama (mother earth) and countries with vast natural beauty, like Thailand do not have to become victims of our past mistakes.

Solar PV (photo-voltaic) is currently the renewable energy of choice for most countries. Solar PV attracts more capital for private investment and public spending than any other types of renewable energy. According to a new report from Navigant Research, annual worldwide revenues from solar PV installations will surpass US$134 billion by 2020.

This is a result of different forms of incentives to induce consumers to invest in solar power. Developed countries have traditionally led the market (particularly the EU countries, Japan and the US), but since last year there has been an important shift toward developing countries that are now proving to be the future for the development of the PV market. So what does this mean?

When the technology first became commercially available in the 1970s, the total cost to produce one watt of electric power from a PV cell was close to $100. Since then, the price of solar PV panels has dropped more than 80%. Currently, this price has gone down to lower than $1 per watt – a price that is competitive with the cost of traditionally generated energy in many areas around the world. Over the past five years, solar PV has averaged an annual growth rate of over 50%. This drop in the price of PV production and distribution has become a global trend, resulting in great strides in the technology’s availability for the general population worldwide.

On a global scale, solar could provide about 30% of global total electricity by 2050, up from the 0.1% it provides now. One can imagine the repercussions this could have on the way we as individuals use energy. The fact that solar is becoming a possibility for the average person to acquire is a global economic game changer.

It is a stepping stone for individuals to be able to be energy self-sufficient, not to mention the positive effect this could have for climate change. Despite this positive scenario, the solar PV market is still in a phase of growth but it’s safe to say that the PV industry has reached a point of maturity and is now considered a viable and promising energy resource for the future.

According to a study by Chi-Jen Yang, “Reconsidering Solar Grid Parity,” From 2000 to 2010, global solar PV deployment increased from 0.26 gigawatts (GW) to 16.1 GW with an annual growth rate of more than 40%. Government incentives for consumers and producers, coupled with technological innovations that significantly reduced manufacturing costs, are at least in part responsible for the more widespread deployment and use that PV cells have enjoyed in recent years. Studies have predicted an additional 438GW of solar PV to be installed between 2013 and 2020, by which time it is believed that solar PV would be cost-competitive with retail electricity prices, without subsidies, in a significant portion of the world.

The initial investment in transitioning from fossil fuels to solar power for a private residence, for example, may still seem like a significant one to many, but in reality these systems – thanks again to reductions in manufacturing costs and technological advances – have an ever-increasing potential to not merely pay for themselves, but to generate actual revenue.

The European market that historically has led global solar demand is slowing as regional market conditions become less attractive. The dependence for the demand and production from European and North American markets have faded due to the loss of incentive programs in many of these countries coupled with economic instability since 2008.

Now, when we consider the continued development of incentive policies in developing nations – along with the decreasing system costs, it is clear the solar power industry will have increased importance and priorities in countries like Thailand. Indeed, the growth in Thailand is in line with many industry reports predicting that emerging markets in Asia Pacific, Latin America, the Middle-East, Africa and “emerging Europe” will help strengthen the solar industry in 2013. According to IHS Solar Emerging Markets report, “up to 30 GW of PV will be added throughout various emerging market in the next four years, helping to stabilize an industry that’s strengthening itself against the elimination of critical incentives in several European markets.”

Thailand has been recognized as a potential solar PV leader due to its strong year round solar radiation, and with Thailand importing more than 60% of its fuel, the argument for renewable, domestically produced energy seems obvious. It was among the first countries in Asia to introduce incentive policies for the generation of electricity from renewable energy sources, leading to rapid growth, particularly in solar power. Due to the country’s abundant solar capacity and attractive solar feed-in tariffs offered between 2007-2010 and recently in mid-2013. Thailand has most of the ingredients for solar power to play a major role.

The incentive program, in its early phase known as ADDER, has drawn global developers such as SunEdison and Kyocera, 99% of this capacity addition comes from large-scale solar farms (with installed capacity that exceeds 1 MW).

Currently there is positive news for solar rooftop development in Thailand. After three years of a pause in support, the Thai government reopened a feed-in tariff (FiT) program for rooftop and ground-mounted solar power investment in July, 2013. The government will support 200 MW of rooftop solar power through these policies. The FiT rates send a strong signal to attract foreign investment as well as to inspire local start-ups to enter the business of solar power installation. In the past, complex and lengthy permitting processes have been a persistent barrier to the expansion of Thailand’s solar market. To bring solar PV to the mainstream, obstructive laws and regulation would have to be overcome. It remains to be seen if such strong incentives will result in a vibrant residential rooftop market.

David Arturo Terán has a BA in International Relations and Political Science with a Minor in Environmental Law from the Universidad San Francisco de Quito. He is a graduate student in the Environment, Development and Sustainability Program at Chulalongkorn University, where he also works as a Research Assistant with the Energy Research Institute. He can be contacted through 0849105232 or email:
teranda08@gmail.com

Ma Song on their way for Phuket’s Vegetarian Festival

A village on the edge: San Tin