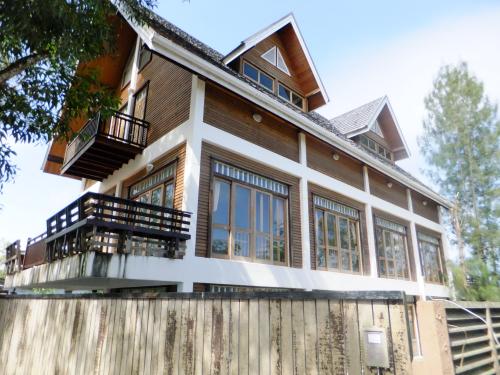 PHUKET: A sortie of officials yesterday inspected the site of alleged land encroachment along the banks of the canal that provides access to Boat Lagoon Marina in Koh Kaew.

The team of about 20 officers led by Phuket Vice Governor Somkiet Sangkaosuttirak arrived at the site in response to an anonymous complaint received by the Damrongtham Center (Ombudsman’s Office) on July 26.

The letter, signed by “Real Phuket Resident”, claimed that a series of structures built along the banks were illegal, as no construction or development of the land was allowed in the area.

The letter also claimed that the Phuket Marine Office had posted a sign announcing the construction ban at the site.

“Real Phuket Resident” made additional allegations, including the destruction of mangroves in the area; the area being used as a nighttime venue for teenage drug users; and the area no longer being available for use by local villagers who rely on fishing as a source of income to moor their boats.

After completing his inspection of the shacks lining the banks, V/Go Somkiet ordered the Phuket Marine Department, the Phuket office of the Department of Marine and Coastal Resources, Koh Kaew Municipality and the Muang District Office to launch an investigation into the land ownership of two plots at the site.

“All illegal activities on this land – encroachment, illegal buildings and illegal claims of private properties – must be stopped,” he said.

“However, we should keep some of the structures for the benefit of the public. We could keep one of the pavilions, as well as the pier that was built for fishermen to use,” V/Gov Somkiet explained.

Wattana Thinkohkaew, the local village headman for the area, agreed with keeping some of the structures.

“We should keep some of the buildings that can help local villagers earn a living,” he said.

Mr Wattana explained that the construction and development of the land at the site stopped about two months ago.

“It stopped after officers inspected the land – at my request – to clarify who had rights to occupy the plots there. The inspection helped me a lot to look after the villagers and protect the land against encroachment,” he said.

No rest for the weary: Man comes home from work, is busted for drugs