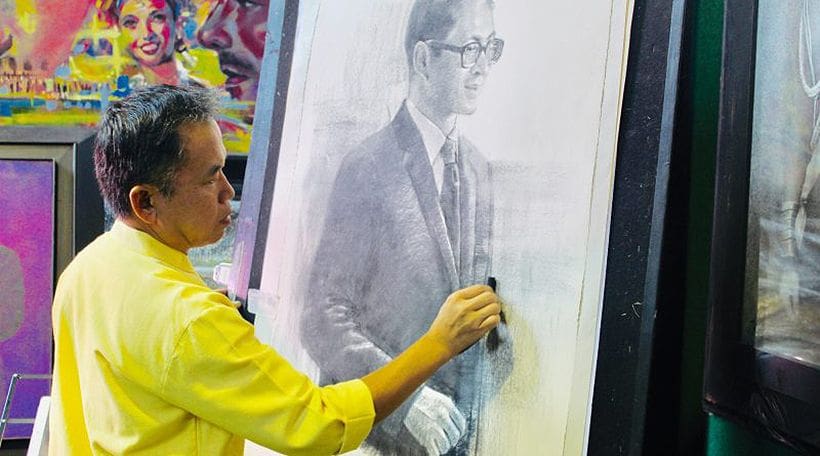 A Chiang Rai Artists, Suwit Jaipom, has unveiled a portrait of the late HM King Rama IX, that he has recently created to mark the second anniversary of King Bhumibol Adulyadej’s passing.

At his studio in Ban Pang Lao in the capital district of Chiang Rai, Suwit Jaipom, the president of ArtBridge Chiang Rai and local artist, has created portraits of His Majesty the late King Bhumibol Adulyadej. He also displayed his new work, a charcoal drawing of the late monarch.

The artist said he began the portrait earlier this week and intended to complete it by October 13, when the nation honors the revered King two years after he passed away.

According to Mr Suwit, he has chosen charcoal made from grape vines as the medium for this drawing while the paper used. The work is set to be displayed to the public for the first time at an exhibition in Chiang Mai.

The artist added that he has named his latest work “Father of the Land” due to his belief that His Majesty will continue to be called ‘father’ by all Thais. In the drawing, King Bhumibol is depicted as smiling as if he is giving his people an assurance that he will always be with them. 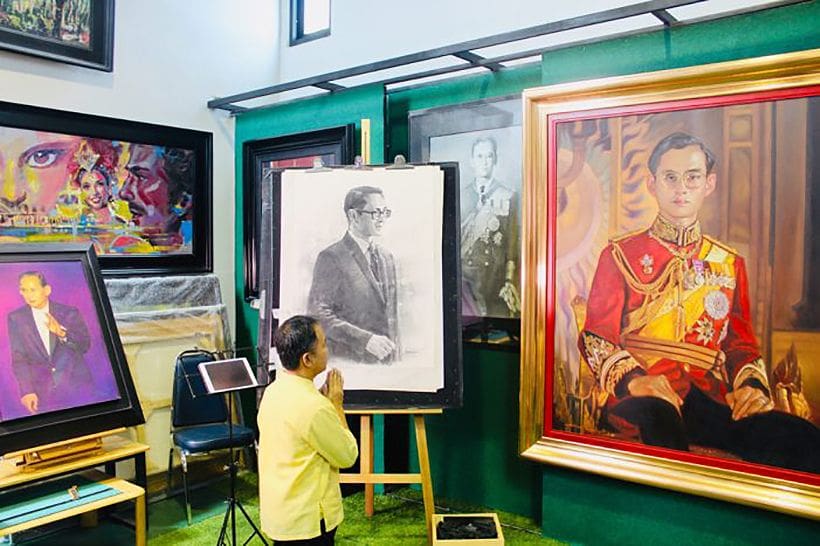 Street art gallery in the ruins of Ban Roeng Chit