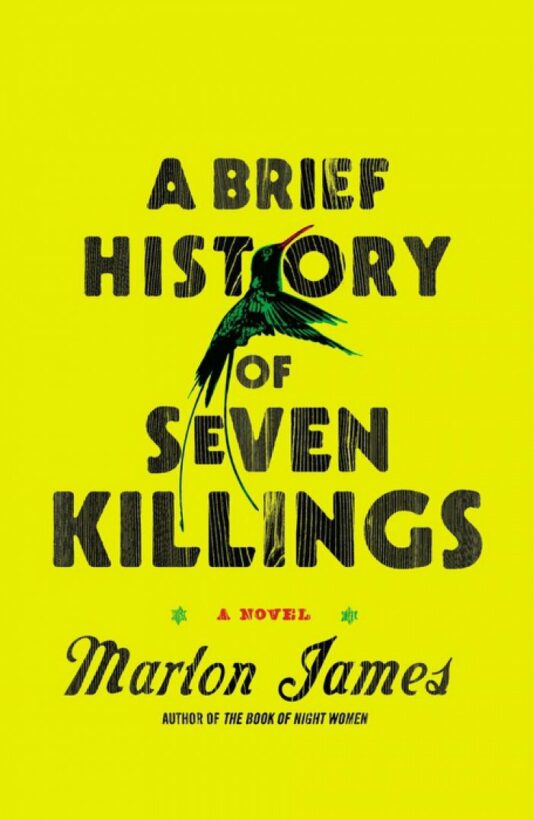 PHUKET: Trinidad had V S Naipaul and Jamaica now has Marlon James through his third novel, A Brief History of Seven Killings (Riverhead Books, New York, 2014, 688pp), which is an epic tale of gang warfare in Jamaica, spilling over to Miami and New York and spanning the years 1976 to 1991.

Like a Russian novel, a big cast of characters is listed at the front of the book: over 70 gang leaders, gunmen, politicians, journalists, CIA agents, Cuban exiles, Colombian drug lords and Bob Marley, the charismatic reggae star known as The Singer.

Each chapter is voiced by a different character, the gangsters speaking Jamaican patois: “Mama-Lo didn’t raise no son who walk with he back straight to get spit on like mangy dog. And this here Papa-Lo never ever forget. Man, like we don’t forget, we collect.”

Thus speaks Papa-Lo, the don of the Copenhagen City slum, about how he executed two cops who abused him in jail. Papa-Lo is supported by the Jamaican Labor Party (JLP); his rival Shotta Sheriff in the Eight Lanes slum by the People’s National Party (PNP).

The left wing PNP is under the influence of Fidel Castro, who has sent a huge contingent of Cuban technicians to the island. The JLP, in turn, is funded and armed by American CIA agents. With their ‘posses’ of thugs, Papa-Lo and Shotta Sheriff are kingmakers. Whoever wins the slums of Kingston, wins Kingston, and the winner of Kingston, wins Jamaica.

In the weeks leading up to the 1976 national elections, Jamaica is torn apart by gang warfare.
In steps Bob Marley with a free ‘peace concert’ in Kingston scheduled for December 3. Two days before the concert, eight gunman armed with automatic weapons invade his compound. Marley is shot twice but goes on to deliver his historic concert.

The leader of the attack is Josey Wales, a rogue enforcer for Papa-Lo. He – along with his deputy Weeper and two young drug-addicted gunmen, Demus and Bam-Bam – tell the story in their own voices.

A much more sympathetic target is Nina Burgess, a former lover of Bob Marley, who had been loitering outside the compound when she came face to face with Josey Wales. She flees to the north shore of Jamaica, where she changes her name and moves into an ocean-front villa with Chuck, an American engineer at a bauxite mine. Her voice, in educated English, spews acerbic comments on American food, sports, movies and men.

When the bauxite mine closes down under ‘communist pressure’, a hilarious scene unfolds when Nina realizes that Chuck is not taking her to America. But she winds up in New York on her own, under yet another name, working as a private caregiver. Also in New York is Weeper, who is running the Brooklyn end of a crack cocaine racket that Josey Wales has set up with the Medellin cartel.

In 1985, Josey Wales arrives in Brooklyn on an inspection trip and, in an over-the-top Quentin Tarantino shootout scene, murders nine men and women in a crack house. Both he and Weeper will come to sorry ends, as told in more Grand Guignol detail by their assassins. A single new drug lord, Eubie from the Bronx, stands atop a heap of bodies. Except for the gritty Nina, everyone else is dead.

“People like me, our life write out before we, without asking we permission,” observes one gangster in prison. “Nothing much we can do ’bout what God decide he want to drop on you.”