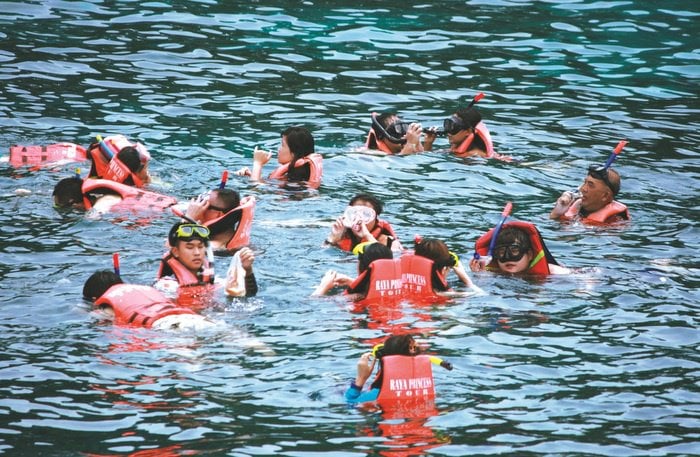 PHUKET: The plan by Cabinet to put an end to cheap tour group packages arriving in Thailand will not have a significant affect on the industry in Phuket, says Santi Pawai, Director of the Phuket office of the Ministry of Tourism and Sport (MOTS).

“I’ve heard about the draft bill, but have yet to receive any official notification. I believe there are many details that they still need to consider,” Mr Santi says.

“If Cabinet passes this into law, it will be a step forward for the tourism industry.”

Although the bill is designed to put an end to ‘zero baht tours’, which rely on mass tourism to be commercially viable, Mr Santi thinks it would ‘not affect’ the number of Chinese budget tourists taking part in group tours in Phuket.

“Chinese companies are ready to pay a standard rate. However, Thai tour companies are constantly trying to undercut each other by providing cheaper and cheaper packages,” Mr Santi says.
“Smaller, less established companies will be the ones most affected by the bill.”

“For example, a Chinese company will say that it can pay 20,000 baht for a package tour. Then small Thai companies will start competing with each other for the business by offering lower and lower prices, sometimes even dropping below the cost of providing the tour, because it can make money through additional incentives,” Mr Santi notes.

“These additional incentives are usually commissions for taking the tourists to specific souvenir or jewelry shops, or other [venues or] activities.”

This leads to tour operators only caring about the number of tourists, not the quality of the service provided, Mr Santi pointed out .

“There are already established tour companies who don’t lower the prices of their tours because it’s ensuring a certain level of quality,” Mr Santi observes. “Having more tourists taking part in these tours will be an improvement for the industry as a whole.”

Finance: Greece’s economy not too big to fail

Finance: Cash in on six forms of passive income