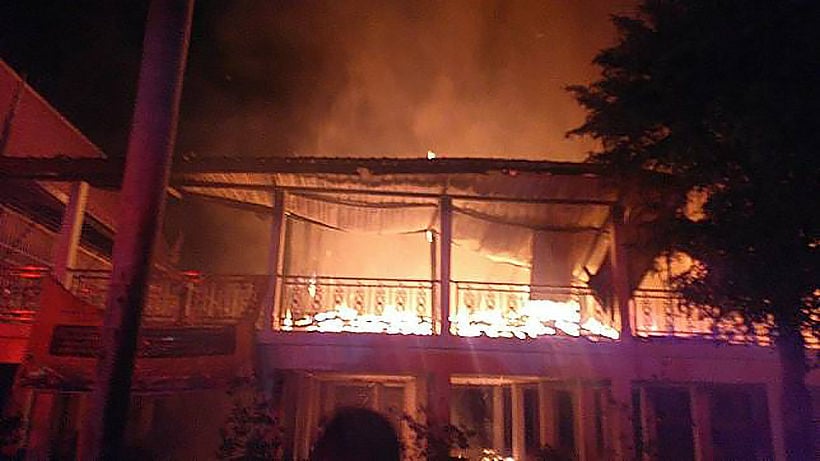 Wat Chang Thong, built in the Ayutthaya period, has suffered severe fire damage last night as a blaze gutted one of its teak pavilions. Damage is estimated at 20 million baht. Police say the inferno at the temple in tambon Ko Rian, Si Ayutthaya district was reported about 9pm. The area is about 2 hours north of Bangkok city.

Some 20 fire trucks rushed to the scene, where ferocious flames already engulfed the 2-storey teakwood prayer pavilion. The firestorm was fanned by strong winds. Firefighters took over an hour to bring the blaze under control.

The pavilion’s top floor was used for prayers and the ground level for merit-making.

The 65 year old temple director said there were 13 monks living at the wat. One of them raised the alarm after hearing an explosion, possibly from a short circuit, on the ground floor of the pavilion.