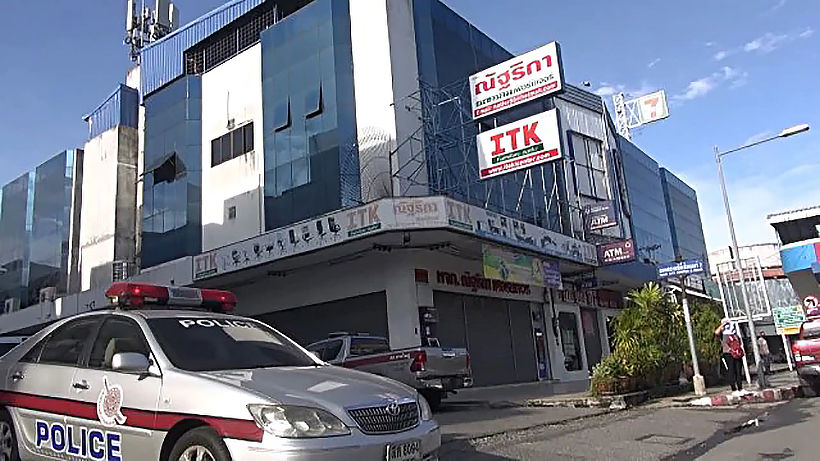 Tragedy has struck around the nation in separate incidents. In the Hat Yai district of the southern Songkhla province, the bodies of the owners of the locally well known Nattharika Furniture were discovered this morning by a relative who had been instructed to show up at the shop at 6am. In an apparent suicide pact, 55 year old Somsak, and his 60 year old wife Nattharika Suwankijwat, were found lying dead in a blood soaked bed.

Police say Nattharika was embracing her husband and both bodies had a single gunshot wound to the head. The gun was found on the floor and officials found gunpowder residue on Somsak’s left hand. There was no sign of ransacking or struggle in the room. Somsak’s brother, who found the bodies, told officers his brother messaged him at 3am, asking him to visit the shop at 6. As the shop was silent when he arrived, the brother said he went upstairs to their bedroom and found the bodies.

He says his brother and sister-in-law may have committed suicide as they had been struggling with huge debts, and the situation became worse with the Covid-19 crisis.

Somsak’s mother also lives above the shop, while the couple’s 2 daughters live in Bangkok.

In the western province of Sa Keao, 200 kilometres east of Bangkok on the Cambodian border, 2 couples were devastated when they found that the children they had come to pick up from kindergarten had drowned because the school did not have enough teachers to supervise all the children. The incident took place yesterday and police were notified of the tragedy at 10am.

Officers arrived at the Ban Tha Tasi School to inspect the bodies of 2 young students, which had been fished out of the pond by local villagers. The children, identified as 3 year old Thanakorn and 4 year old Peerawat, were believed to have been dead for more than an hour. They were first and second grade students and their classes didn’t have a supervisor.

Ban Tha Tasi School’s management said that since the school has just reopened, they don’t have enough staff to watch over all the children. The bodies were found by an older child who had gone hunting for the pair and found them floating in the pond.

The parents say they are not angry and understand that their children must have been mischievous. The school has promised to be more cautious to prevent a similar tragedy. 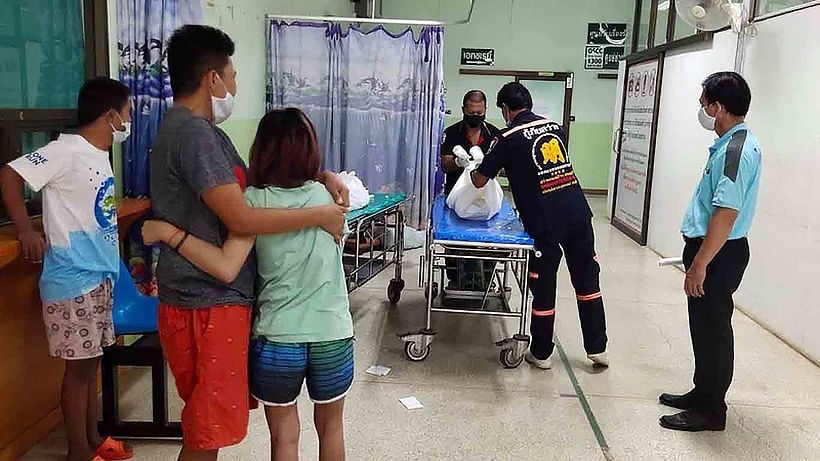 Also yesterday, animal rights group Watchdog Thailand’s Facebook page gave details of the gruesome killing of 2 Siberian huskies in Udon Thani’s Nong Sang district. According to the post, the owners came home from the temple on Tuesday to a grisly sight… the bodies of their 2 dogs with their heads smashed in, eyes gouged out and bodies slashed.

WDT say the owners believe the attacker’s goal was to only kill the dogs, as nothing in the house had been stolen or damaged. They also said the dogs were always kept in their kennel to ensure they didn’t go out and kill chickens owned by nearby locals.

WDT say they are monitoring the case and have urged the owners to report the case to police. It’s believed that one of the locals may believe the dogs hunted their chickens, so decided to kill them in revenge.

Earlier this month, WDT rescued more than 50 Thai Ridgeback dogs being held in wretched conditions, from an alleged puppy farm run by an elderly American man in Chiang Mai. 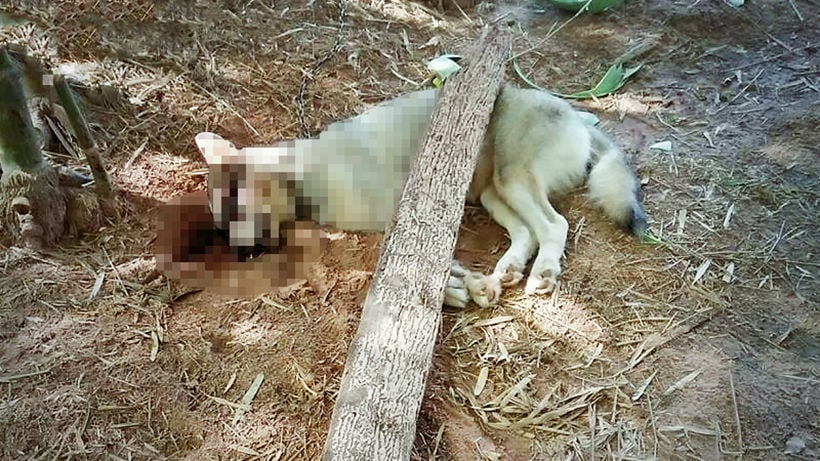 Elsewhere, a 23 year old woman was arrested yesterday for allegedly leaving her newborn baby in the woods in Isaan’s Sakon Nakhon province. The woods were only 100 metres from her house in Khok Ang village in Na Phiang subdistrict.

On Monday local villagers found a newborn girl, still covered in blood and with the umbilical cord freshly cut, wrapped in an old rice sack. They rescued the baby and named her “Phansa”, as they found her on Buddhist Lent Day or “Khao Phansa Day”.

Police traced the abandoned baby to the house of the suspect and arrested the woman after seeing bloodstains on her clothes. Officials say the suspect had a high fever from infections caused by cutting herself with the scissors used to cut the umbilical cord, and not treating the wound properly. Police sent the suspect to a hospital for treatment and haven’t charged her at this stage.

The suspect’s neighbours told authorities the suspect was married and had 2 sons before divorcing her husband and leaving to work in Bangkok, while her children stayed with their grandmother. They say she came home during the Covid-19 crisis and looked pregnant, but told others she was just gaining weight.