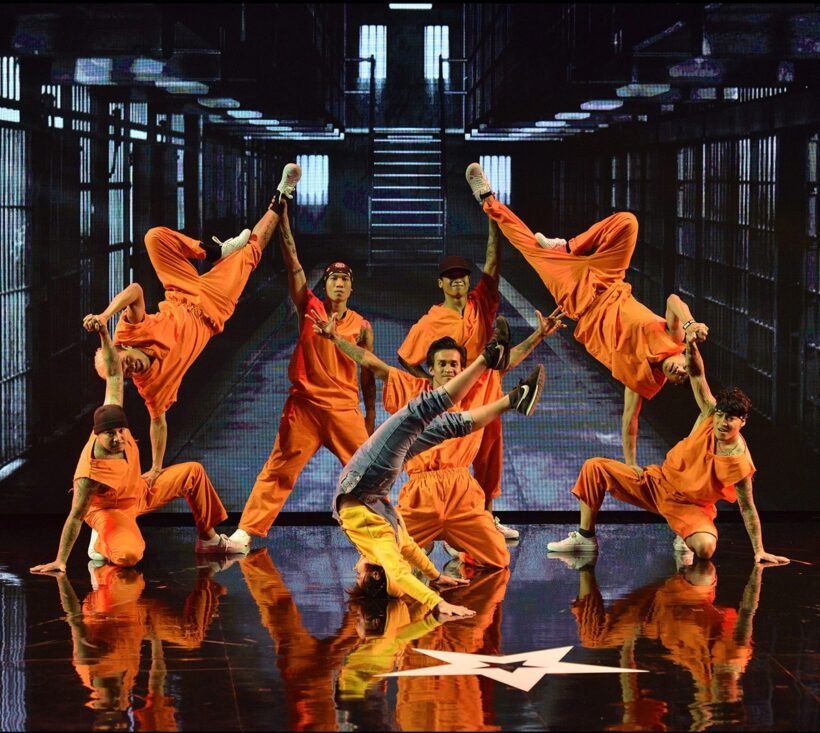 PHOTO: Thailand’s “Powerstorm” made it into last year’s finals.

Thailand, it’s time to get your act together!

AXN has announced that the Bangkok open auditions for Asia’s Got Talent Season 3 will be held at SHOW DC, Thailand’s first entertainment and retail mega complex on Sunday, 17 June, 2018.

Bangkok will be the first to kick off the regional Asia’s Got Talent audition tour which also includes stops in Singapore, Manila, Ho Chi Minh City, Kuala Lumpur and Jakarta.

Doors will open from 10am at SHOW DC’s Ultra Arena with hundreds of aspiring performers expected to attend for their ultimate shot at international fame and a life-changing grand prize of USD100,000.

“Thailand has some of the most mesmerizing and entertaining talent in Asia so we expect incredible acts from around the country to attend the Bangkok open auditions,” said Derek Wong, Vice President, Production, Sony Pictures Television, Networks, Asia. “Last season, Thailand’s acrobatic dance group Powerstorm and young aerialist Krittaya Ariyasit made it into the finals, so we’re excited to see what Thailand brings to our new season of Asia’s Got Talent!”

A highlight of the day will be a special appearance at SHOW DC by popular Asia’s Got Talent host, Justin Bratton, who will report live via AXN’s Facebook page at 12 noon on June 17. Justin will interview acts on the day while providing a glimpse into the exciting audience experience.

Due to the expected turn-out and exceptionally high demand on audition day, performers are encouraged to pre-apply online to expedite the registration process on the day (www.AXN-Asia.com/AsiasGotTalent).

Information including SHOW DC location map, frequently asked questions (FAQs) and the terms and conditions of participation are available at www.AXN-Asia.com/AsiasGotTalent.

The Got Talent franchise was created by Simon Cowell’s Syco Entertainment and is co-produced and owned by Syco Entertainment and FremantleMedia. It is entered in the Guinness World Records as the Most Successful Reality Television Format in history with 70 local versions produced across Europe, Asia Pacific, the Middle-East, Africa and the Americas. Around the world, the Got Talent format airs in a total of 186 countries.

AXN is Asia’s leading general entertainment channel, featuring exclusive top-rated drama series, blockbuster features, reality programs and groundbreaking original productions. The channel appeals to a discerning audience seeking content that is smart, intriguing and unexpected, all delivered close to US telecasts. From The Blacklist and MacGyver to Asia’s Got Talent and The Amazing Race Asia, AXN is defined not by a genre, but by an attitude that truly redefines action.

Launched first in Asia in 1997, AXN is a global channel brand with a presence in Latin America, Africa and Europe. In Asia, the channel is enjoyed in 126 million households across 20 territories and is available in both SD and HD.