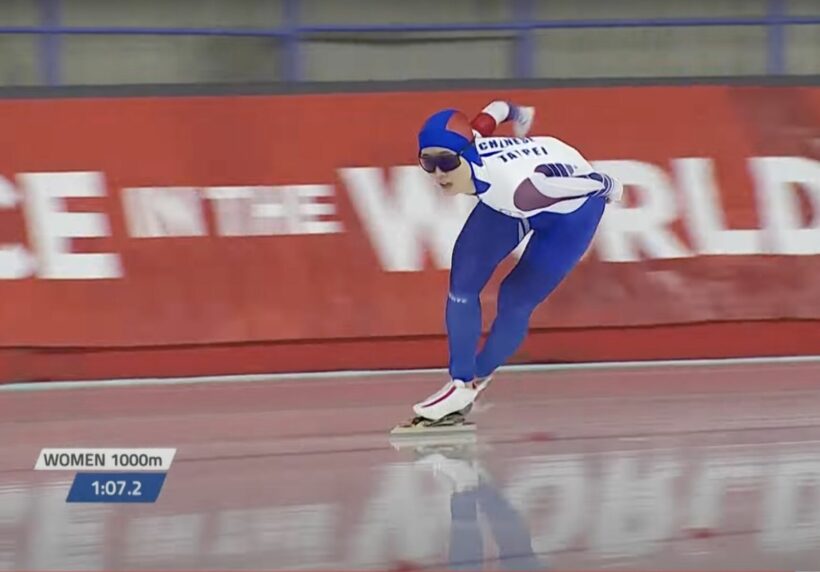 The Taiwan Sports Administration announced yesterday that national team athletes must abide by a new code of conduct to compete in the upcoming Asian Games in Hangzhou, China, in September.

The rules are being drafted in response to Taiwanese speedskater Huang Yu-ting’s (黃郁婷) seemingly unpatriotic behavior on the international stage.

Huang, who was the flag bearer for Taiwan at the opening ceremony, has drawn significant flack from domestic audiences for her actions and comments made before and during the Beijing Winter Olympics.

Prior to the games, the two-time Olympian uploaded a video on Instagram of herself wearing the uniform of the Chinese speedskating team at a training in Salt Lake City, Utah.

At the 1,500m speedskating race on Feb. 7, Huang told the Beijing Daily that she was touched by the audience’s enthusiasm, saying it “felt like I was competing at home.”

Then after Thursday’s 1,000m race, Huang thanked her supporters on Facebook, saying “the comment section is now open for haters and trolls.”

She posted the same remark on the Chinese microblogging Web site Sina Weibo, but added that “there are no trolls in the comment section” there.

Notably, Huang’s performances for ‘Chinese Taipei’ at the Olympics were surprisingly lacklustre.

The Sports Administration says it will gather representatives from the Chinese Taipei Skating Union and the Chinese Taipei Olympic Committee to discuss Huang’s case and would determine whether she should be penalized within the next few weeks.

Current regulations do not prohibit Taiwanese athletes from speaking freely on social media and wearing the uniforms of other countries in practice sessions, and so are not grounds for disqualification.

The current manual for the national team does not stipulate how athletes should behave and no guidance is given during the information session for athletes before international competition.

Noble_Design
Quote The rules are being drafted in response to Taiwanese speedskater Huang Yu-ting’s (黃郁婷) seemingly unpatriotic behavior on the international stage. She was being patriotic...... to China