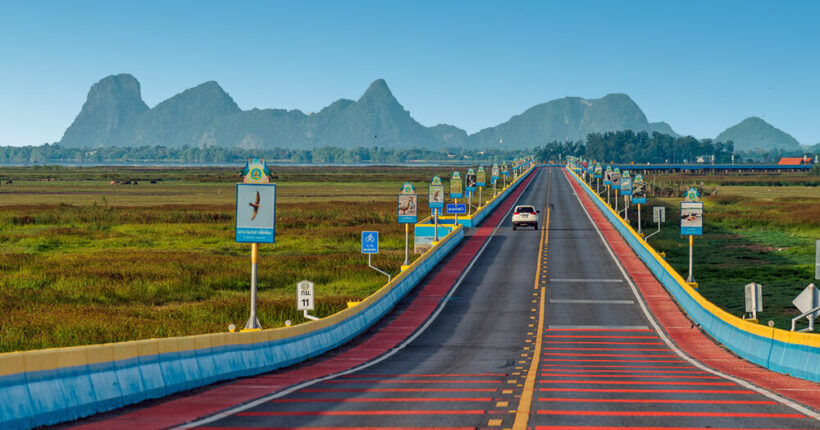 Thailand is lagging behind the rest of the world with its turn tackling the Omicron variants of the coronavirus. The sudden surge, peaking, then dropping numbers of cases that define the waves of Omicron around the world have had their peaks at different times, in different countries. 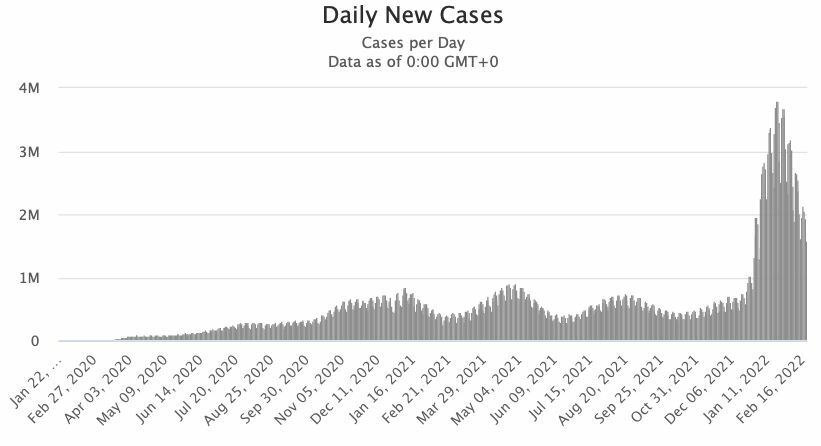 Thailand is still on the rise in regards to Omicron infections, along with plenty of its South East Asian and broader Asian neighbours.

So what’s going on?

In Thailand’s case it looks like the ongoing wearing of masks, curfews, continuous warnings to “be careful” and general suppression of international arrivals, is helping to at least slow the spread of the more transmissible Omicron. You could also add a cultural dynamic where the population appear less inclined to kick up a fuss about the inconveniences.

The same can broadly be said for many other Asian countries versus, say, the UK, US and Europe where restrictions were being swiftly lifted and face masks a thing of the past at the start of this year. The Omicron variant of the coronavirus spread quickly, peaked quickly and faded quickly.

Thailand still has a peak ahead of it, months after so many other countries.

So when will Thailand peak?

Virologist Dr. Yong Poovorawan says that both PCR testing and Rapid Antigen Tests are revealing some 25,000 – 30,000 new daily infections, and predicts that the number may surge to “100,000 cases a day in the future”.

“Judging by the rapid transmissibility of the BA.2 sub variant of the Omicron variant reported in Singapore, where daily infections average about 15,000 in a population one tenth the size of Thailand’s, Japan’s or South Korea’s, Thailand may soon fall into the same pattern.”

“Now, we are in the 5th wave and I am not sure whether infections will surge to six digits but I don’t want to see such figures.”

“It must be accepted that infections must reach their peak, before they start to stabilise and fall, as they did in Europe and America.”

So, whilst the rest of the world is quickly re-opening, actively opening borders and getting planes back in the sky, Thailand is still months behind any of that happening. Indeed, it’s still in the ‘surge’ phase with a re-entry system for international travellers (Thailand Pass) that is neither user or tourist-friendly.

Going to an airport or shop will see everyone masked and taking temperatures at doorways, or getting on planes. THIS is the current normal in Thailand. 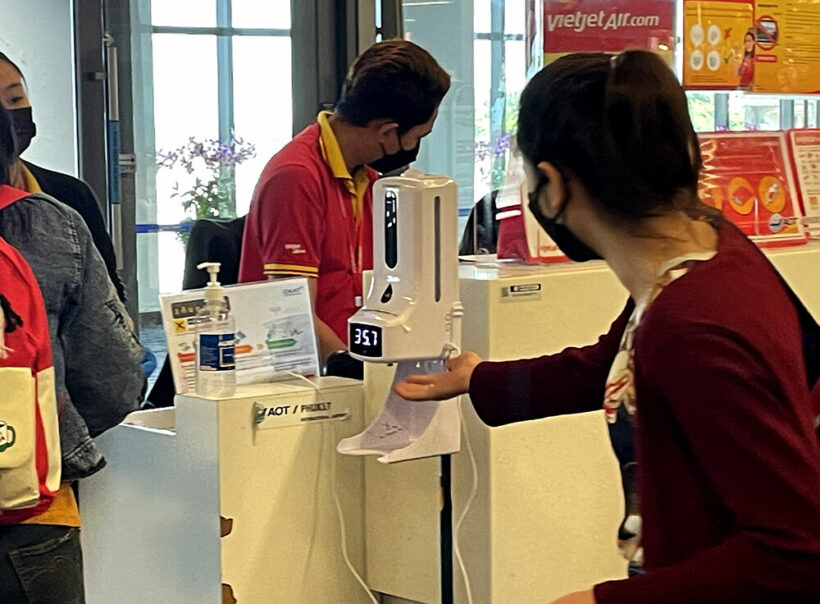 Thailand’s long journey to recovery is being kicked down the road further into 2022 than just about any other country in the world. So a day when we can expect no entry restrictions and absolutely no local Covid rules could be closer to 2023 than where we are now. It’s certainly not looking likely until, minimum, the middle of this year.

OK, so the online keyboard ‘experts’ are shouting for Thailand to “open up” and “just get on with it”. But Thailand’s risk-averse government and medicos have certainly surpressed a potentially faster turnover of Omicron. But are their best intentions now doing more harm than good?

“Normal’, or almost normal, is a long, long way off in Thailand where many businesses remain closed and the tourism and hospitality industries have been decimated, and will take years to recover. Simply, many expats have left the country and locals, initially affected by early lockdowns and closures, have moved on to new careers, or at least moved back to their family homes. Getting them back to work in their old jobs will take an enormous effort.

On the plus side, Thailand hasn’t spent a lot of its enormous cash reserves during the past 2 years, although there have been generous subsidies for domestic travel (for locals). But nothing like the free-money thrown around in western countries to encourage people to stay home and keep their economies bubbling along, artificially.

So, although Thailand’s road to recovery will surely be longer, it may also be eventually stronger. But the Thai government will certainly have to open up its pockets to properly reboot its lucrative tourism industry. Flashy overseas TV campaigns with temples, dishes of pad thai and people doing muay thai and yoga won’t solely revive the industry this time.

The government will be forced to subsidise FOREIGN tourists, not the locals, subsidise international carriers to add Thailand to their flight schedules, subsidise hotel rooms and give people free travel and shopping vouchers. THAT money will be well spent and accelerate the rebirth of the local tourism market. Assuming travellers will simply flock back to Thailand is hubris at its most alarming.

Otherwise the long road will turn into a journey with no return.

As a footnote, taxiing past what I’ve called the Thai Airways Graveyard over the past 2 years, there were no less than 27 Thai Airways planes still parked up and going nowhere. Admittedly, just a few less than a month or so ago, but no signs of a recovery here where the resurrected are raised back up to the skies. I can’t even imagine what the cost of getting these sophisticated pieces of engineering back into the sky would be. And the purple paint has faded to a sort of musky grey/pink. All very sad really.

Celebrity, influencer mothers to be hired by Health Ministry to inspire couples to have babies