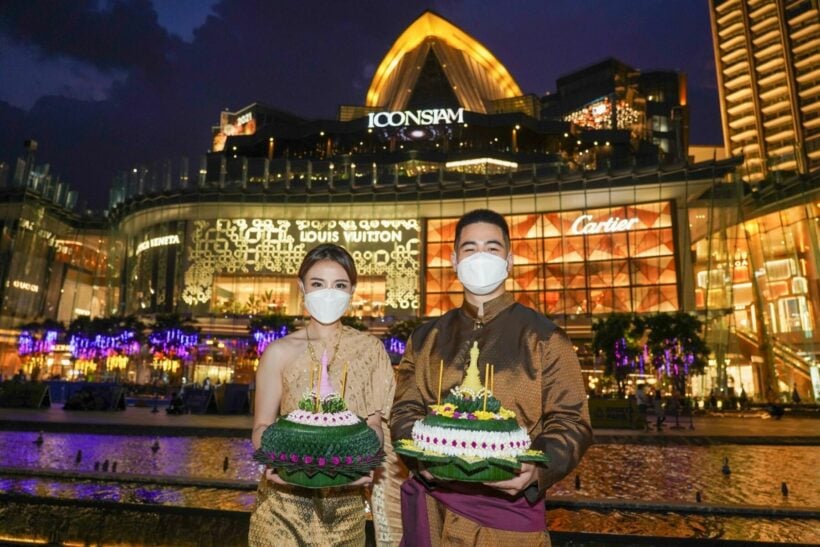 The Tourism Authority of Thailand partners with ICONSIAM, Thai Chamber of Commerce and alliance to preserve the Thai traditional festival of Loy Krathong by organizing ICONSIAM A Magical Loy Krathong Upon The Chao Phraya River under a high level of hygienic and safety measures according to SHA

The Tourism Authority of Thailand (TAT) has partnered with ICONSIAM, the world’s iconic landmark along the bank of Chao Phraya River, together with Bangkok Metropolitan Administration, Thai Chamber of Commerce, Thai Boats Association and the Association of Chao Phraya River Commerce and Business to preserve the invaluable Thai tradition by organizing “ICONSIAM A Magical Loy Krathong Upon The Chao Phraya River” on November 19, 2021, at River Park, ICONSIAM. People are invited to pay respect to the glory of the river and help preserve the beautiful tradition of Loy Krathong set along the most beautiful curve of the Chao Phraya River under the new normal lifestyle and the high level of hygienic and safety measures according to Amazing Thailand Safety and Health Administration: SHA to ensure public safety and confidence. 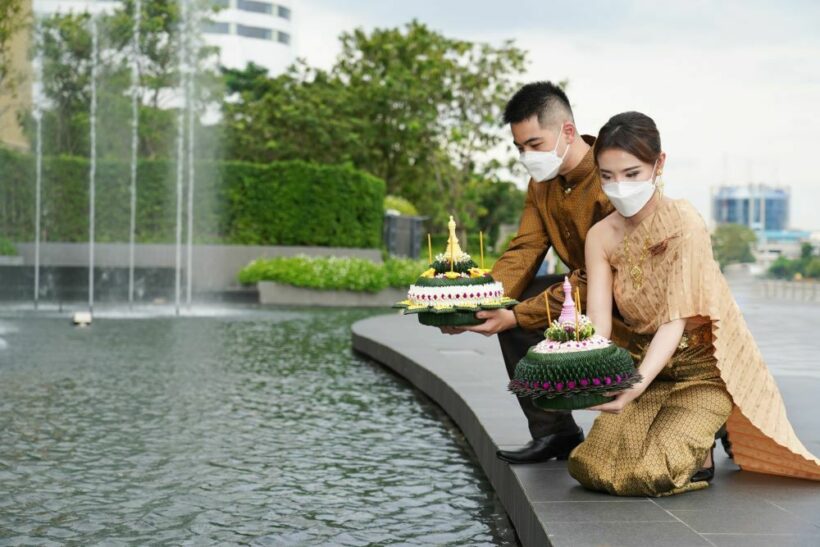 In addition to honouring and preserving invaluable Thai tradition and culture as well to showcase the beauty of the Chao Phraya River to the eyes of people around the world, “ICONSIAM A Magical Loy Krathong Upon The Chao Phraya River”, the river of magnificent beauty, grandeur and prosperity, is organized with environmental awareness by offering eco-friendly Krathong crafted out of banana leaves, leaf sheath of banana tree, and other natural materials so that they do not affect the environment and protect the Chao Phraya River in a sustainable way.

ICONSIAM also honours the values of Thainess through the presentation of remarkable Loy Krathong festivals of five provinces including Chiang Mai, Sukhothai, Tak, Samut Songkhram and Roi Et. Each province’s unique style of the festival has been brought to ICONSIAM where is adorned with cultural atmospheres for visitors to learn more about the beautiful traditions. The Lanna or Northern-style festival of Loy Krathong is known as Yi Peng and Chiang Mai is a popular tourist spot to celebrate this festival. The lantern is made of thin translucent paper in different shapes and is released into the night sky as a way to worship Phra Ket Kaew Chulamanee Chedi in heaven. It is also believed that the release of the floating lantern is to ward off misfortunes and wish for good lucks in the coming years. The festival is a way to build up community spirit and preserve the ancient and beautiful tradition. The spectacular Sukhothai Loy Krathong and Candle Festival are unique for their intricate making of khom chak or lantern that is the ancient local wisdom of the Sukhothai people. The hand-crafted process requires attention to detail as the lantern is used to worship the Buddha’s footprint and King Ramkhamhaeng the Great according to the belief of the Buddhists.

Tak province is famous for Loy Krathong Sai: Floating 1,000 Lanterns that the Krathong are made of coconut shells filled with wax threads that are made of dried coconut soaked with oil to lit before floating them away in the line along the river to dispel ill-fortune and seek forgiveness from the Goddess of Water for any misdeeds against water. Meanwhile, Samut Songkhram province holds a special Loy Krathong Gap Gluay Muang Mae Klong that the Krathongs are uniquely made of the banana leaf sheath. The local ripe banana variety called gluay nam waa is used by cutting the stalk into long pieces and peeling the skin to get the leaf sheaths. The banana stalk carving called Thaeng Yuak is applied to craft the two sides of the leaf sheath into a herringbone pattern. The incense stick applied with dammar oil is later put into the centre of the banana leaf-sheath Krathong. In Roi Et province, it is remarkable for the Loy Krathong festival called Somma Nam Kuen Pheng Seng Prateep that the Krathong are made of banana leaves and decorated with ears of rice to represent the province’s distinctive jasmine rice.

At SookSiam on G Floor, the event called Wan Pen Yen Jai Tiew Thai 4 Pak is also held to preserve the tradition of Loy Krathong from November 17-28, 2021. The areas are decorated in the styles of temple fairs and floating markets of four regions to represent the local culture of trading and to promote the community products aimed to stimulate the local economy. The mock-up of the lifestyle of the Ampawa community in Samut Songkhram province is presented through the decorations with coconut-palm leaf stalks that are the remarkable local wisdom. Visitors can enjoy the Thai traditional performances and take part in the workshops of Krathong making to get both D.I.Y and ready-made Krathongs when shopping according to the conditions.

Come to support Thai products at the local market accumulating regional specialities under the same roof where visitors can shop, experience and taste to generate income distribution for the strength of communities. The event also presents vintage goods and local foods in the styles of floating markets of the four regions such as the summer treats of Tangmo Pla Haeng (watermelon with sweet dried fish crispy shallot topping) and Khao Hor Bai Bua (rice wrapped in lotus leaf) together with the dessert of Pla Krim Khai Tao (sweet rice noodles with coconut cream). There are also pickled clams, fried fish patty, spicy minced fish steamed in banana leaf, coconut sugar and pomelo of Kao Yai variety which is the famous product of Samut Songkhram.

ICONSIAM is deeply concerned about hygienic and safety measures. Visitors are required to follow the Covid-19 preventive procedures by wearing masks, scanning QR Code of the Thai Chana contact tracing application before entering the areas, checking temperature and washing hands with alcohol gels. The preventive measures are set to ensure that the celebration of the traditional festival will run smoothly and safely and bring joy to all participants.

Visitors are encouraged to wear Thai traditional costumes to join the festival at ICONSIAM as a way to preserve the tradition. ICONSIAM is easily and rapidly accessible via the complete modes of transportation – private cars, public rails, and commuter boats – that are very convenient for people to reach the venue. For further details, please call 1338 or visit www.iconsiam.com.

AlexPTY
seriously? they have to employ magic to make it in compliance with SHA