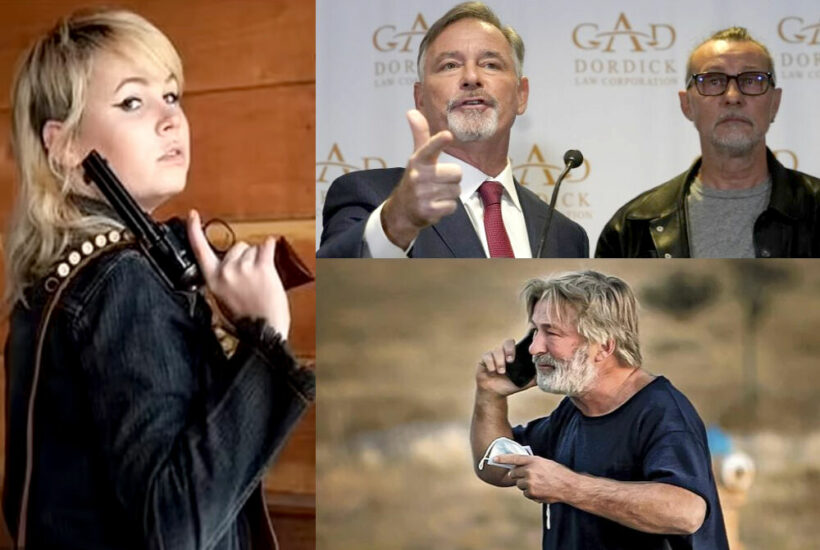 PHOTO: A film crew member filed a lawsuit over the fatal shooting with prop gun on the Rust movie set.

Following a tragic fatal accidental shooting on the set of a Hollywood movie being filmed in New Mexico, crew members of the movie are suing actor and producer Alec Baldwin who fired the fatal shot. The famous actor was starring in as well as producing “Rust”, an Old West film, when he was handed a gun to rehearse a scene on set where he fired into the camera. The gun went off with a real bullet that passed through cinematographer Halyna Hutchins and into director Joel Souza. Hutchins was killed by the bullet while Souza was hit in the shoulder and recovered in the hospital.

The lawsuit names Baldwin as well as armourer Hannah Gutierrez-Reed, a relatively inexperienced 24 year old daughter of a long-time armoured. It was the responsibility of Gutierrez-Reed to handle and maintain all firearms on the set to ensure their safety. Chief lighting technician Serge Svetnoy filed the suit saying that the live bullets in the gun or even on set at all were evidence of “negligent acts of omissions” by those named in the suit.

“Simply put, there was no reason for a live bullet to be placed in that .45 Colt revolver or to be present anywhere on the ‘Rust’ set, and the presence of a bullet in a revolver posed a lethal threat to everyone in its vicinity.”

The suit claims Baldwin, Gutierrez-Reed, and assistant director Dave Halls – who handed Baldwin the gun, declaring it cold (without bullets) without fully inspecting it – were not following movie set protocol in allowing the gun to be loaded and pointed at someone. Reports of staff discontent and complacency regarding safety procedures have emerged, and police officers seized over 500 rounds of ammunition from the set that appeared to be a mix of blanks, dummies, and live rounds.

Lawyers for Gutierrez-Reed say she is being framed for the death, saying she had no idea how live rounds got on set and believes someone snuck them into a box of dummy ammunition. The Santa Fe district attorney doesn’t see any sign of conspiracy, but the armourer’s lawyers want more investigation.

“We are asking for a full and complete investigation of all of the facts, including the live rounds themselves, how they ended up in the ‘dummies’ box, and who put them in there. We are convinced that this was sabotage and Hannah is being framed. We believe that the scene was tampered with as well before the police arrived.”

Police have not ruled out criminal charges.